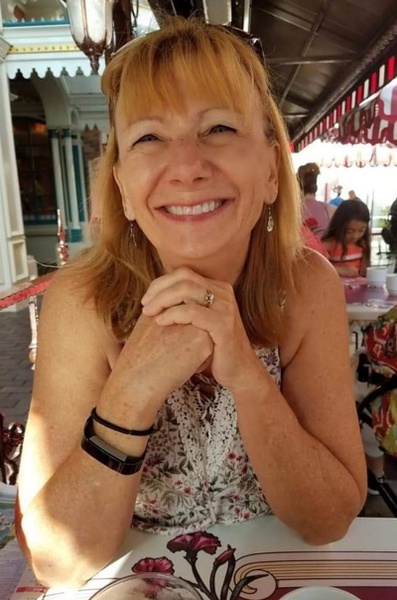 Ann Scribner (Swope), age 66, passed away peacefully on December 19th, 2021 in her home surrounded by her family. She had relocated to the state of South Carolina from Defiance, Ohio, 4 years ago to be near her "minions" (grandchildren), who she loved and adored with all her heart.

She was born on August 18th, 1955, in Lucas County, Ohio. She was the daughter of Reynold and Carolyn Swope. In August of 1976 she married her first and only love, Dan Scribner. Ann was a parishioner of St. John's Catholc of Defiance Ohio and St. Mary's Catholic Church Greenville, SC. Ann was employed at Defiance Hospital, Defiance, Ohio for 20 years before accepting the position of the Administrative Assistant to the Mayor and City Administrator in Defiance, Ohio. Upon her move to South Carolina she became the Administrative Assistant to the Financial Director at St. Francis, Bon Secour Hospital, Greenville, S.C. She retired in January of 2021.

Ann had a tremendous love of life which she demonstrated in the many activities and organizations that she involved herself in. She was the constant catalyst in her daughter's lives while growing up and was a shining example to them on what it took to become successful. She had several loves in her life, but none more precious than her granddaughters, Maddy (12), Hailey and Heidi (9), Charlotte (5), Ellys (2), and greatly anticipated Isla. She also had a divine passion for animals, particularly horses, which she enjoyed with every opportunity she was provided.

Ann is survived by her husband Dan, her three daughters Melanie (Wes) Green, Lindsay (Ben) McKever, and Lorna (Zach) Parker. She is also survived by her brother Jim Nelson, Toledo, Ohio, and numerous nieces and nephews, She was preceded in death by her parents and grandparents.

Ann possessed an infectious smile and personality that led to many long and treasured friendships. Love was a lifetime commitment and she never ran from a challenge or surrendered in defeat which she demonstrated countless times in her 14 year battle with cancer. She will be sadly missed by her family and friends but never forgotten.

There will be no visitation service at this time, however, a memorial service is being planned in the near future in Defiance, Ohio.