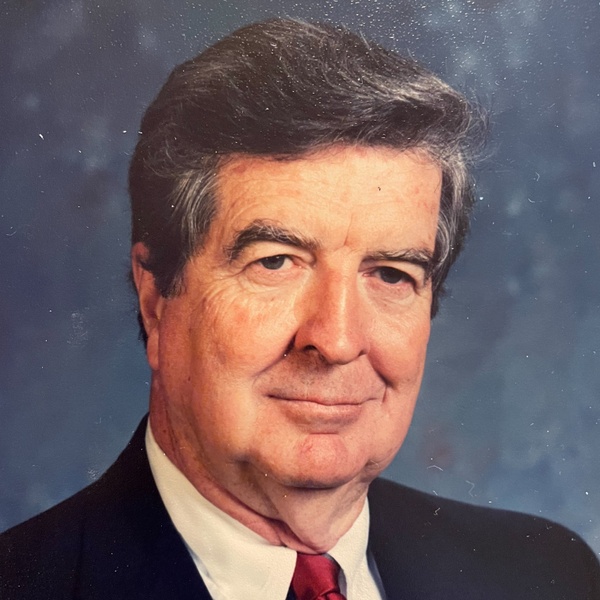 Archie Madison Mathis, Jr.
Toccoa, GA
Archie Madison Mathis, Jr. of Toccoa, GA died on May 30, 2022 of natural causes. He was the son of Archie Madison Mathis, Sr. and Ethel Hart Mathis, both of whom predeceased him. In addition to his parents, he was predeceased by his brother, William "Bill" Hart Mathis.
Mr. Mathis is survived by the love of his life, his wife of 69 years, Sarah Alice Murchison Mathis. He is also survived by one son and daughter-in-law, Archie Madison Mathis III and Melinda Schenck Mathis of Charleston, SC; two daughters and sons-in-law, Sarah "Sallie" Mathis Suttle and Joseph Linton Suttle III of Shelby, NC, Susan Mathis Hoeffner and Daren Patrick Hoeffner of Toccoa, GA.; grandchildren, Sarah "Bebe" Elizabeth Pleasant, Archie Madison Mathis IV (Megan Patrylick Mathis), Amanda Hart Hoeffner, Hannah "Ali" Anthony Hoeffner, and William Heath Hoeffner; great-grandchildren, Archie Madison Mathis V and Walsh Douglas Mathis; sister-in-law, Mary “Burnsie” Parnell Mathis.
Mr. Mathis was born in Oglethorpe, GA. At a young age, he and his family moved to Rocky Mount, NC. While in Rocky Mount, he was a member of Boy Scout Troop 7 where he attained the rank of Eagle Scout. Upon graduation from Rocky Mount High School, he enlisted and proudly served in the United States Navy during World War II. Seaman Mathis earned the title of Middle-Weight Boxing Champion of the South Atlantic Fleet.
After his discharge from the Navy, Mr. Mathis entered Duke University. He is credited with being a co-founder of the Duke University radio station WDBS. He was a member of the Kappa Alpha Fraternity and was on the boxing team.
With his Duke degree in hand, he entered the textile industry. For the next 35 years, Mr. Mathis worked for several textile companies in South Carolina, North Carolina, and Virginia. While in the textile industry, he earned the certification of Senior Industrial Engineer.
When he retired from the textile industry, Mr. Mathis turned to a profession he had always wanted to pursue, teaching. He received a Master's Degree in Distributive Education from Winthrop University and for the next ten years taught distributive education at Shelby High School, Shelby, NC. He loved being the faculty advisor for the Shelby High School yearbook Cruiser staff.
Upon retiring from teaching, Mr. Mathis became the Business Manager for the First Baptist Church of Shelby. While there, he wrote a church operations manual which has been used as a model for hundreds of churches across the country. He also served as a Deacon and Sunday School teacher at FBC Shelby for many years.
In the late 90's, Mr. and Mrs. Mathis moved to Suwanee GA. Mr. Mathis enjoyed substitute teaching at North Gwinnett High School where he showed his jitter-bugging skills to the students.
He was very active in both Cleveland and Gwinnett Counties' Senior Olympics where he won numerous gold, silver, and bronze medals.
The graveside service will be conducted by Dr. Robert Canoy at 11:00am, June 10 at the Old Stone Church in Clemson, SC.
In lieu of flowers, memorials may be made to Mr. Mathis's favorite charities: Boy Scouts of America, the American Red Cross, the Salvation Army, and the First Baptist Church of Shelby.
Duckett-Robinson Funeral Home & Cremations, 108 Cross Creek Road, Central, SC will be serving the family of Mr. Mathis.
To order memorial trees or send flowers to the family in memory of Archie Madison Mathis, Jr., please visit our flower store.