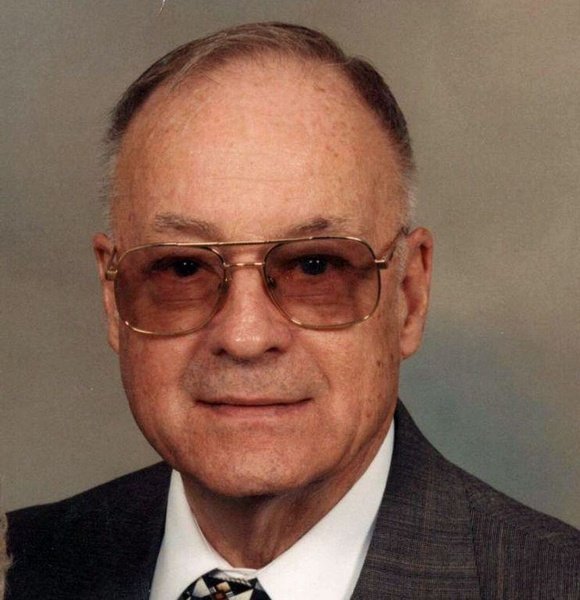 Funeral services will be held at 2 pm Thursday, October 21, at First Baptist Church of Clemson, 397 College Ave., with Rev. Dr. Rusty Brock officiating. The family will receive friends from 1-2 pm Thursday prior to the service at the church. Burial will follow at Oconee Memorial Park, 1923 Blue Ridge Blvd., Seneca, SC. Escorts of Honor are the Box Sunday School Class and special friends.

Born December 8, 1923, in Johnston County, NC, near Hopewell Free Will Baptist Church along Black Creek Road, he was the eldest son of the late Percy Eli Parker and Zula Mae Austin Parker. He was a former resident of Smithfield, Henderson, Asheboro, and Raleigh, NC.

Mr. Parker graduated from Smithfield High School and the United Electronics Laboratories of Louisville, KY. During World War II he began his 44 year career with Carolina Power & Light Company/Progress Energy. He advanced from Substation Operator to Generation and Transmission Manager of the Carolinas. The later half of his career he was System Operations Coordinator supporting safety and training of all field operations, as well as assisting Engineering & Design in the home office. During severe storms such as eastern Carolinas hurricanes, he and company employees labored long and tirelessly restoring power to communities, hospitals, and manufacturing plants.

Aside of his CP&L duties, Mr. Parker also established Parker Communications Company, providing 2-way communications and repair of electronics for local law enforcement, commercial business, and civilian interests. In addition, as a 20 year member of the US Air Force Auxiliary, Lt. Col. Parker voluntarily served the NC Wing of the Civil Air Patrol by upgrading and expanding statewide CAP radio communications, installing equipment high on radio & TV towers across NC, and enhancing capabilities for Search and Rescue. During retirement, he served in the NC Emergency Operations Center at times of widespread disasters.

Mr. Parker held a firm faith of Baptist tradition, regularly attending Hopewell FWB of Smithfield, First Baptist churches of Henderson and Asheboro, Forest Hills Baptist of Raleigh, and First Baptist of Clemson. At Forest Hills Baptist he served as a deacon in family ministries, treasurer, and gave time and energy with technical infrastructure and vehicles. He volunteered as a leader in Scouting and was inducted into the Order of the Arrow.

Family responsibilities were high on Mr. Parker's priorities. He always served as a good provider for his loved ones, and enjoyed days of boating & skiing at the family lake cottage. He encouraged his children and grandchildren in school, expecting them to achieve their best in academics and life endeavors.

The family expresses gratitude to all at Clemson Downs, First Baptist of Clemson, Forest Hills Baptist of Raleigh, special friends who frequently visited Arthur, and extended family far and wide who have sacrificially shared their love and talents. Memorials may be made to First Baptist Church of Clemson, 397 College Ave., Clemson, SC 29631; Clemson Downs Volunteers, Inc., 500 Downs Loop, Clemson, SC 29631.
To order memorial trees or send flowers to the family in memory of Arthur L. Parker, please visit our flower store.