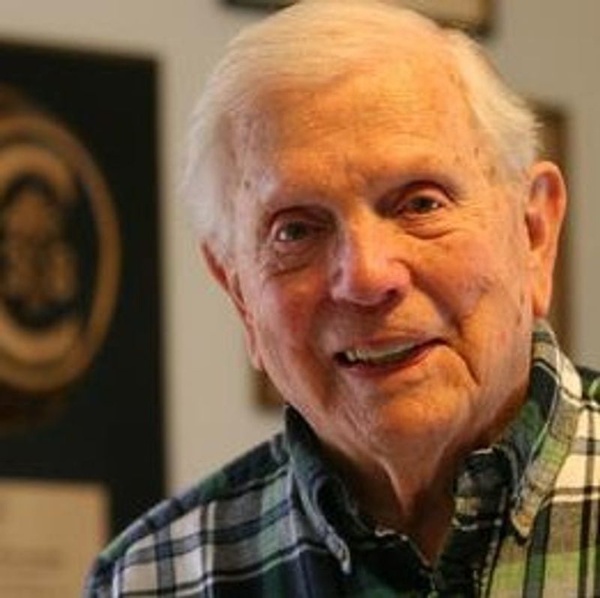 
Colonel Beverly N. "Ben" Skardon, United States Army, Retired, died November 15 at the age of 104, days after being informed of the approval of his honorary promotion to Brigadier General. Ben was the son of the late Rev. and Mrs. Alvin W. Skardon. He was preceded in death by his loving wife and debutante bride, Sara Elizabeth Golden Skardon and a grandson, John Stephen Skardon. Ben is survived by his three daughters: Sara Smith (Ravenel) of Saluda, NC; Beverly Hardin (John Hewell) of Walhalla, SC; Charlotte Raburn (Richard) of Simpsonville, SC; a son, John Norton Skardon ( Mariko) of Seaside, CA; and eight grandchildren and ten great grandchildren. In addition, he is survived by his brother, James W. Skardon of Walterboro, SC.

Ben was a 1938 graduate of Clemson College. Following in the steps of his older brothers, he entered the United States Army in 1939. During WWII, Ben served in the Philippine Islands and was captured by the Japanese Army at the fall of Bataan in 1942. He was a survivor of the Bataan Death March and POW camps. In August 1945, he was liberated by units of the Russian Army in Mukden, Manchuria.

Ben would later go on to serve in the Korean Conflict as Secretary General Staff to I Corps in 1951.

Military decorations awarded throughtout his career include the Silver Star with Oak Leaf Cluster; four Bronze Stars, one with the "V" device; the Purple Heart; and the Combat Infantryman's Badge. He was inducted into the Inaugural National ROTC Hall of Fame.

Upon retirement from the U. S. Army, Ben entered the University of GA graduate school and earned a MA degree in English. In 1964, he was appointed to the faculty at Clemson University. His love of "standing behind the podium" and interest in his student's education and lives would earn him the Alumni Master Teacher Award in 1977. He retired from Clemson University as Associate Professor of English in 1983. Clemson University has awarded several honors to Ben including the Distinguished Service Award, and the highest honor bestowed by the University, The Clemson Medallion. The Skardon Clemson Ring Endowment was established in 2013, and the Memorial Stadium flagpole was dedicated in his honor in 2016. During a 100th birthday celebration hosted by Clemson University, Governor Henry McMaster presented him with the Order of the Palmetto, South Carolina's greatest honor.

Ben enjoyed participating in various clubs and activities during his time at C. U. He was a past president of the Clemson Fellowship Club and the Clemson Cotillion Club. He served on the Clemson University Athletic Council; editor of the 1981 self-study; and as director of C. U. Religious Emphasis Week. He was a member of the Greenville Torch Club. Ben was also a member of Beta Sigma Chi who's charter Chi Psi took over in 1972. He was the oldest member of the Alpha Chi Delta chapter.

Ben enjoyed giving to the community throughout his retirement. He was a former member of the Clemson Downs' Volunteers and served as Director and VP of the CDV Board of Directors. He was also a former facilitator of the Clemson Alzheimers Support Group.

The love of Faith and Family was a constant during his life. Ben was a member of Holy Trinity Episcopal Parish, Clemson, SC, where he served in the past as Warden, Vestryman, Lay Reader, and Archivist.

The Bataan Memorial Death March conducted at White Sands Missile Range held a special place in Ben's heart since 2007. He traveled there the past 12 years to honor and remember Henry Leitner and Otis Morgan, the two former Clemson cadets whom he credited for saving his life, and other American and Filipino soldiers who served alongside him. Sixty Minutes did an interview with him in 2016 about the importance of this event and his survival of the Bataan Death March. In 2021, unable to return to New Mexico, Ben participated in the Clemson 8 Challenge to honor seven other alumni from Clemson who were held captive by the Japanese.

Family and friends may pay their respects to Col. Skardon as he lies in honor at Clemson Memorial Park at the entrance to The Scroll of Honor from 10 until 2 PM, Thursday, November 18, 2021.

DUE TO THE COVID-19 PANDEMIC, FACIAL COVERINGS WILL BE REQUIRED FOR THE SERVICE AT HOLY TRINITY EPISCOPAL CHURCH AND WILL BE OPTIONAL AT THE VISITATION AT THE FUNERAL HOME.

His family would like to recognize and give thanks to his faithful and compassionate caregiver, Donna Burdette.
To order memorial trees or send flowers to the family in memory of Beverly N. "Ben" Skardon, please visit our flower store.