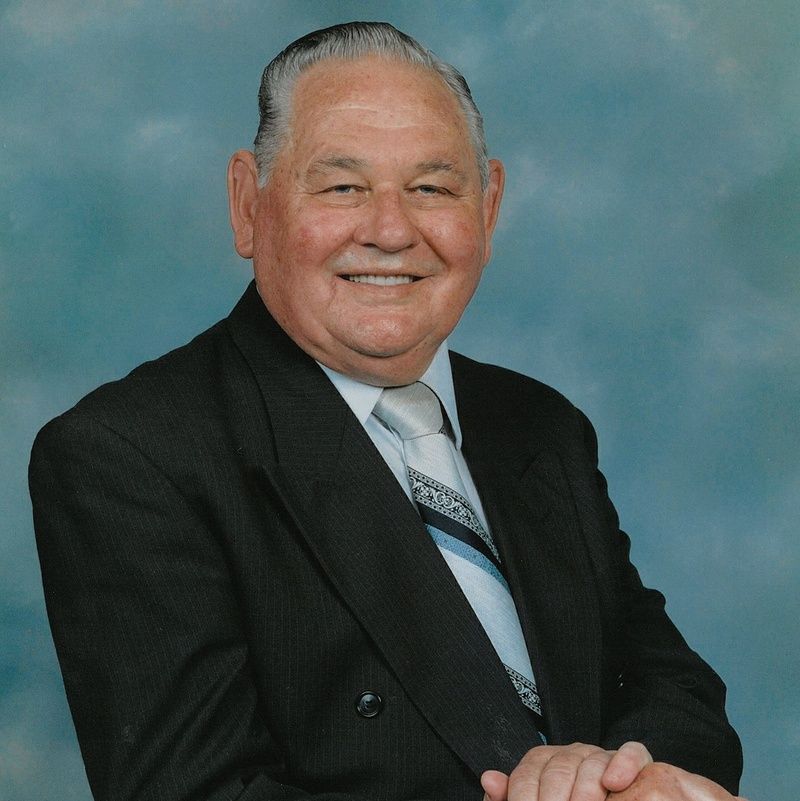 Billy Frank Brock or "Papa Bill" was born in Pendleton on June 13, 1933. Bill lived in Pendleton all 88 years of his life on the same stretch of road.

After high school, he joined the US Army and was stationed in Germany during peace time, until he was later discharged. He then worked at J.P. Stevens until beginning his 26-year career at Clemson University. He worked in purchasing and receiving, earning the nickname "Big Daddy".

He was the longest standing member of First Baptist Church of Pendleton, hardly ever missing a Sunday service. In recent years, he was a veteran at Richard M. Campbell Veteran's Home in Anderson. The family wants to give special thanks to Loretta Telly, who showed him immense kindness and made sure he was well-cared for. Bill was a bargain hunter, southern-food lover, generous father, loving grandfather, and faithful servant of the Lord. He loved to play cards, wear that Clemson orange, make others laugh, hold babies, and spend time with his family.

Bill was called home on December 24, 2021, the birthdate of his beloved wife Glenda Oliver Brock, who passed before him. He is also preceded in death by his parents, Ernest Brock and Ollie Swaney Brock; sisters, Francis Brock, Betty Spake, Louise McCall; and brother, Jack Brock. He is survived by his remaining siblings, Ernest Brock Jr. (Lynda) of Easley and Pasty Kelly of Pendleton; his daughter, Sheila Brock Fant (Patrick) also of Pendleton; granddaughter, Jennifer Lee Roehl (Harrison) of Rock Hill; and grandson Brock Alan Fant of Kileen, TX.

Funeral services will be at 12:00 Noon Tuesday, December 28th at First Baptist Church of Pendleton, 351 S. Broad St. The family will receive friends at 11:00 prior to the service.

Interment will follow in the First Baptist Church of Pendleton Cemetery.

Those who wish to remember Billy in a special way may make memorial donations in his name to First Baptist Church of Pendleton or to Hospice of the Upstate in Anderson.
To order memorial trees or send flowers to the family in memory of Billy F. Brock, please visit our flower store.