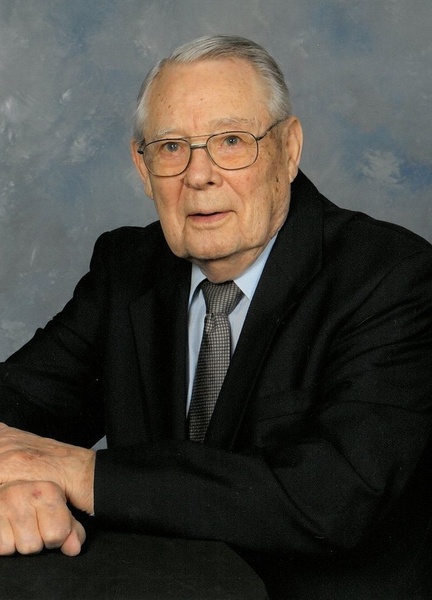 Smith served in World War II in the Army Signal Corps. He made his home in Atlanta where he worked as a switchman for Southern Bell Telephone Co. He and Miriam helped establish a mission congregation, St. John Lutheran Church in Griffin and considered it their most significant work.

Memorial services will be held at 2:00 pm on Sunday, December 26, 2021, at University Lutheran Church, 111 Sloan Street, Clemson. Masks are required. The cremains of Smith and Miriam will be interred at St. John on the 100th anniversary of Smith's birth, May 22, 2022.

Memorials may be made to St. John Lutheran Church, 1689 Martin Luther King Jr Pkwy, Griffin, GA 30224. Cards may be sent to 201 Brook Street, Clemson, SC 29631.
To order memorial trees or send flowers to the family in memory of Charles Smith Hunter, please visit our flower store.