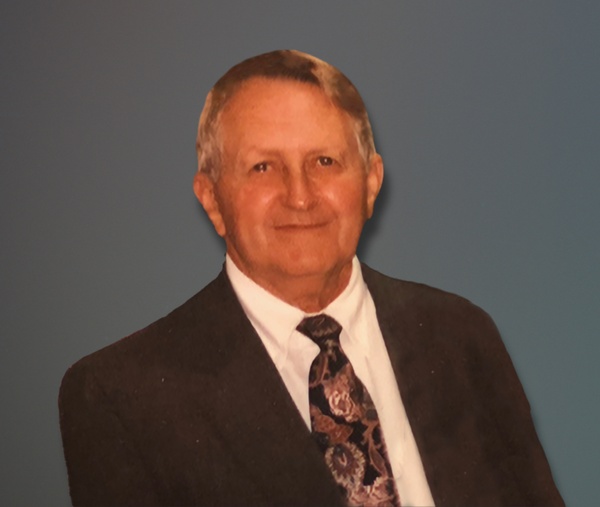 Born October 27, 1932, he was raised in Easley, SC and was a veteran of the United States Army where he served as an MP in the Army Security Agency in Germany in the earliest days of the Cold War. He and his wife Mary moved to Seneca in 1961 and made that their home for most of the next 60 years. An entrepreneur who launched numerous local business ventures while simultaneously working in Insurance and Real Estate, he owned and operated the local Century 21 franchise until 1992. Although officially retired, he enjoyed working on cars, homes or anything that could be fixed; and that remained his greatest hobby and greatest gift to family, friends or anyone who needed a helping hand. Always one
of the busiest men in town, he often joked that he needed to get a job so he would be able to take a day off!

A man of deep Faith, he was a long-time member and Deacon of New Hope Baptist Church; and in retirement he and Mary rejoined Trinity Baptist Church, the church they had attended when they moved to Seneca over 60 years ago. They valued their friendships and being in community with people from both churches. In addition to church, Charles was an active member of the Charles McGee Byrd American Legion Post 120 in Seneca.

He was the youngest of nine children born to Charles Herbert Knox Sr. and Amer Josephine Lesley Knox and is survived by sons Charles Herbert (Herb) Knox III, (Donna) of Anderson, SC; Eric K. Knox (Linda) of Ashburn, VA and John Christopher (Chris) Knox (Sara) of Opelika, AL. He is also survived by six grandchildren, Emily, Alycia, Laura, John, Hannah and Clarissa and several dozen nieces and nephews. In addition to his parents and wife of 62 years, Mary Caskey Knox, he was preceded in death by all eight of his siblings which included brothers John, Herman, Roy, and Morris and sisters Jo Hughey, Gertie Mae Knox, Margie Cates and Jean Goodwin.

The family would like to offer a special thanks to the staffs of The Garden House Memory Care Facility and the Richard M. Campbell Veterans Nursing Home in Anderson for the compassionate care they provided over these past two years.
A memorial and celebration of his life will be held at Georges Creek Baptist Church in Easley, SC.

Visitation will be from 10:00-10:50 AM on Wednesday, August 10th with a Memorial Service at 11:00 AM followed by internment in the church cemetery and a reception in the church fellowship hall.

In lieu of flowers, the family requests memorial donations be made to Gideons International, P.O. Box 4258, Anderson, SC 29622.

Condolences and remembrances may be made by visiting Robinson Funeral Home and Crematory-Downtown, Easley, SC website.

To order memorial trees or send flowers to the family in memory of Charles Herbert Knox, Jr., please visit our flower store.