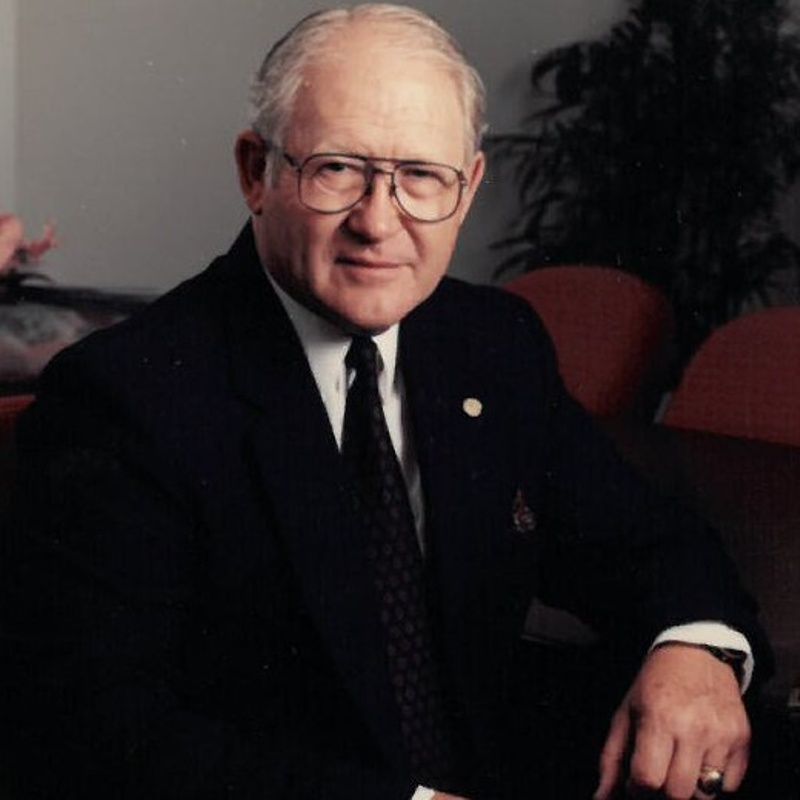 "One way to get the most out of life is to look upon it as an adventure." - William Feather

Charles R (Hoot) Gibson, a resident of Clemson Downs, died December 2nd, 2020, at Hospice of the Upstate, Anderson, SC. He was 92.

Charlie was born in 1928, in South Union Community, Oconee County SC to Worley and Ethel Gibson. He was the oldest of four children.

Charlie was a WWII veteran and served as a paratrooper in the United States Army. He graduated from Clemson University in 1952 with a major in Textile Science.

Charlie spent his retirement years as president and board member of the Sandy Springs Water Co. and Anderson County Water Consortium.
In 2003, He received the State of South Carolina, Order of the Palmetto, the state' s highest civilian honor. This award was bestowed to Charlie for a lifetime of dedicated service to the Palmetto state.

"As a pioneer of rural development and technical education you have established a standard of excellence that is second to none. Your sterling leadership and acute negotiation skills have ensured that the area served by the Anderson Regional Joint Water system will enjoy sustained economic growth. By improving the quality of life for the entire community, you exemplify the highest ideals of servant leadership."
South Carolina, Governor, Mark Sanford

Charlie served as a deacon and on many church committees at First Baptist Church of Pendleton, SC. In his later years he attended First Presbyterian Church, Anderson, SC. He was a member of the Pendleton Farmers Society, the Cattleman's Association, Clemson Toastmasters and a founding member of Pendleton Elks Lodge.

Life was always an exciting adventure for Charlie. He was an eternal optimist, an entrepreneur, an educator, a story teller, a farmer, a saw mill owner, a collector, and an avid Clemson fan. He was a self-made man.

He loved laughing, learning, being with family and gathering together at the mountain cabin.

The family will host a socially distanced memorial service on December 6th at 2 pm at First Baptist Church of Pendleton, SC. Masks will be required. The service is also available virtually at: https://m.facebook.com/FirstBaptistChurchPendleton.

In lieu of flowers, memorials can be made to the Tri County Technical College Foundation, PO Box 587, Pendleton, SC 29670 or to Hospice of the Upstate, 1835 Rogers Road, Anderson, SC 29621.
To order memorial trees or send flowers to the family in memory of Charles R. "Hoot" Gibson, please visit our flower store.