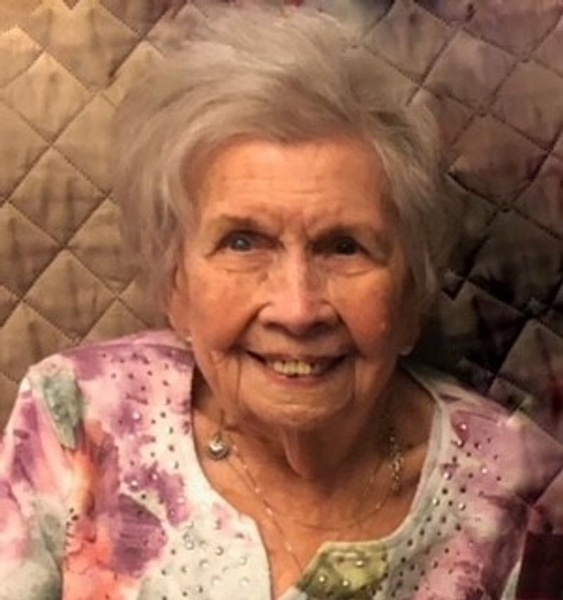 She was born January 13, 1922 in Newnan, Georgia to Henry and Savannah White Turner. She graduated from Newnan High School and, subsequently, from West Georgia College and the University of Georgia. She began her career as a teacher but soon moved to Atlanta where she found work as an executive secretary. When America entered World War II, she resigned from her secretarial position to work for the War Department in Atlanta. In 1952, she began working at Delta Air Lines as a secretary. In 1992, she retired from Delta as an administrative assistant for in-flight services.

She married Leverett on November 1, 1942, and together they had four children. She was predeceased in death by her parents, her husband, Leverett, and three of her four children: Annie, Mildred, and Leverett III.

She is survived by her daughter, Elizabeth Bruner (Richard) of Clemson, seven grandchildren, six great-grandchildren and two great-great grandchildren.

The family would like to extend gratitude and love to Emma Hagood, who took such excellent care of "Granny Char," to Tammy Bagwell, who doted on her, and to Amedisys Hospice Care for their outstanding care and support during the last weeks of her life.

A celebration of her life will be held at 11 am, October 9, 2021 at Duckett-Robinson Funeral Home & Cremations, Central-Clemson Commons..


In lieu of flowers, the family requests donations to the Clemson University Foundation, In Memory of Charlotte Butts to the Clemson University Scroll of Honor, P.O. Box 1889, Clemson, SC 29633 or to the charity of your choice.
To order memorial trees or send flowers to the family in memory of Charlotte Turner Butts, please visit our flower store.