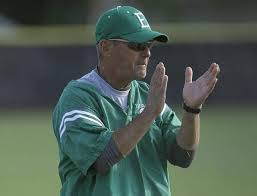 Born in Pickens County, he was a son of the late Bud Finley and the late Pat Coleman Finley. Coach Finley was a graduate of Pickens High School, North Greenville College, Erskine College and he received his Master's Degree from the Sports Academy in Alabama. He was a member of Easley First Baptist Church.

His many Coaching Accolades included eleven Conference Coach of the year awards, the Greenville News State Coach of the Year Award, the South Carolina Athletic Coaches Association Coach of the Year Award, North-South All Star Head Coach, SC vs. NC Select Team Head Coach, Inducted into the Palmetto High School Hall of Fame, Easley High School Hall of Fame, and SCHSL Palmetto's Finest Record Book. He was recently inducted into the SC Coaches Hall of Fame. He loved the games and touched many lives. He will be dearly missed by all who knew and loved him.

Memorial services will be 2:00 PM Thursday, June 2, 2022 in the chapel of Robinson Funeral Home-Downtown with Rev. Dr. John Adams officiating.

The family will receive friends from 12:00 PM until 1:45 PM Thursday at the funeral home, prior to the service.

Flowers will be accepted and memorials may be made in memory of Coach Finley to the Easley or Williamston Recreation Department Baseball Programs.

To order memorial trees or send flowers to the family in memory of Coach Roger Dale Finley, please visit our flower store.