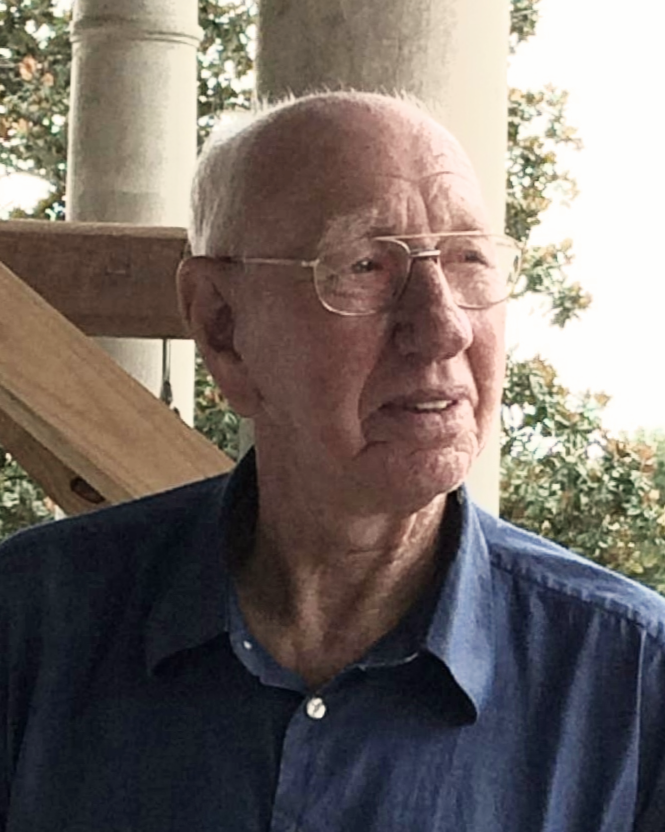 William Coke Pettit, 92, of Liberty, South Carolina was taken home to be with the Lord and his sweet wife Marjorie after just a short week without her on this earth on October 28, 2022. William and Marjorie shared a love story that spanned 67 years and saw them create three beautiful daughters, grandchildren, and numerous great-grandchildren that continue to expand and grow to this day. Coke was proud of the family he had created.
He served his country in the United States Air Force, serving in the Korean War. After returning home he became a skilled carpenter, working in many homes around the area that now enjoy his beautiful cabinets and craftsmanship. After he retired from carpentry Coke and his wife opened Pine Valley Driving Range in 1987, where he was able to teach his grandsons the art of golf. They spent many an afternoon hitting balls from the middle of the range back up to the barn, making them excellent golfers.
Coke was also a Sunday school teacher and worked with the young men’s group at Rock Springs Baptist Church and Flat Rock Baptist Church. He was also involved in the Masons for quite some time.
He will be remembered fondly for so many things, collecting arrowheads on the family homestead, his well-organized tools, and his mountain picnics. Most of all he will be remembered for being a good friend, a good father, a good husband, and a good follower of the Lord.
Coke is survived by his daughters, Resa P. Bracken (Barry) of Easley, SC, Janette P. Chapman, of Liberty, SC, and Sarah P. Reeves (Rick), of Easley, SC. He is also survived by his grandchildren, Kevin McAlister, Miles Spears, and Kyle Chapman. He also leaves behind nine great- grandchildren and a large extended family that he held very close.
Coke is predeceased by his wife, Marjorie Pettit, grandson John David Chapman, and his great-granddaughter Miley Gabrielle Spears.
The family will be gathering for a visitation on Tuesday November 1, 2022, at 1:00 pm to 1:45 pm at Flat Rock Baptist Church in Liberty, SC with funeral services to immediately follow at 2:00 pm.
In lieu of flowers please consider donating to Foothills Hospice in memory of the excellent care that they helped provide to the Pettit family in their time of need.
Visit RobinsonFuneralHomes.com or Robinson Funeral Home & Crematory-Downtown, Easley.

To order memorial trees or send flowers to the family in memory of Coke Pettit, please visit our flower store.