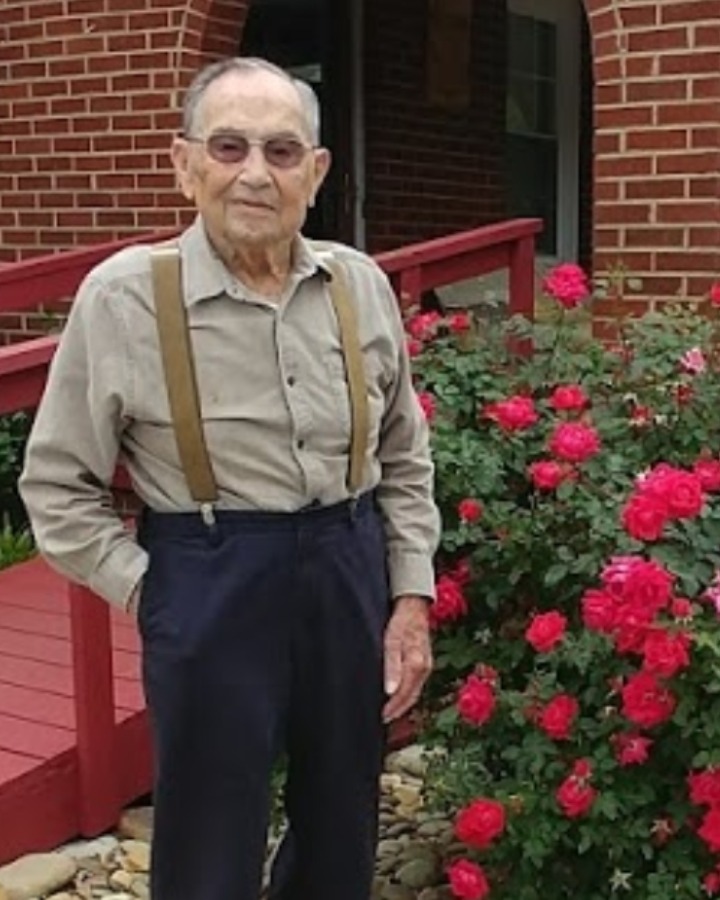 Mr. Henderson was a son of the late Fred and Maude Watson Henderson. He proudly served in the US Army during WWII. He loved building,  flowers and gardening, bird watching, and most of all spending time with his family.

In addition to his wife, Mr. Henderson is survived by his sons Ronnie Henderson (Martha) of Easley, and Robbie Morris (Emmie) of Walhalla; daughters Susan Davis (Shane) of Easley, Rhonda  McNeely of Walhalla, and Lisa  Ellenburg also of Walhalla; fifteen grandchildren; twelve great-grandchildren; brother in law, Ballard Smith (Frances), a friend of the family PJ Gerondale; and lots of nieces and nephews.

In addition to his parents, Mr. Henderson was predeceased by his first wife Mary Smith Henderson; brothers, Fred, Bruce, and Waymon Henderson; and sisters Tomzie Coleman, Sarah Nalley, Inez Martin, and Rachel Ellenburg. He was the last surviving member of his family.

The family will visit with friends after the service.

Flowers will be accepted, or memorial donations may be made to Corinth Baptist Church.

The family will be at the home of his daughter Susan Davis.

To order memorial trees or send flowers to the family in memory of Curtis Cleveland Henderson, please visit our flower store.