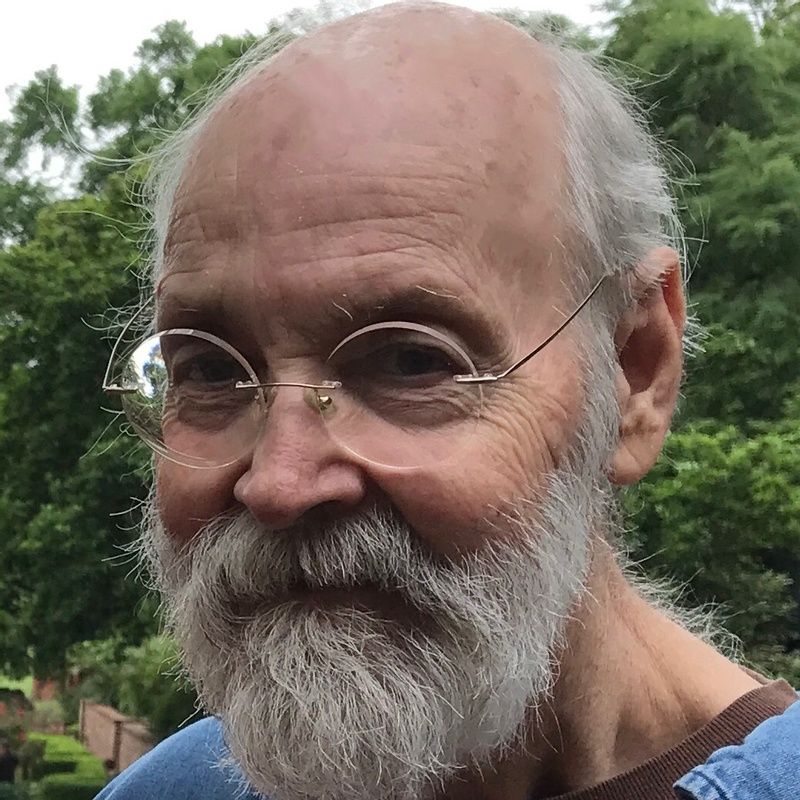 Daniel Greene Porter, 70, husband of Elizabeth "Ginty" Porter, passed away on Monday, April 19, 2021 at his home in Seneca, SC.

Born in Greenville, a son of the late Frank Wilson Porter and the late Doris Greene Porter, Dan served for four years in the Air Force before working as a self-employed contractor for many years. He was as talented with a guitar in his hands as he was with a toolkit, and delighted his friends and family with his creativity, humor, and musicianship. Dan had a special gift for woodworking and was an avid reader and gardener.

A small private service is planned on the grounds of Ashtabula Historic House in Pendleton, SC, where Dan and Ginty were formerly resident caretakers.

Funeral arrangements are under the care of Duckett-Robinson Funeral Home & Cremations in Central.
To order memorial trees or send flowers to the family in memory of Daniel G. Porter, please visit our flower store.