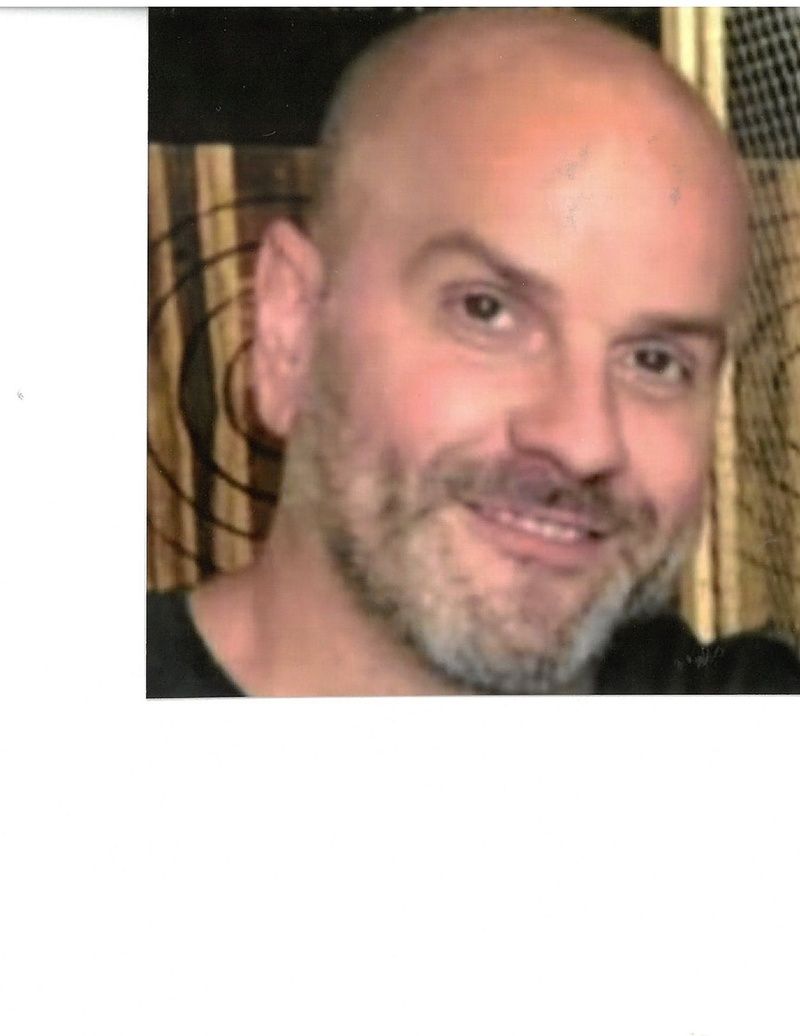 David Kristen Carnes, born June 25, 1975 in Greenville, SC, son of Susan Gidget Roberts. David is now a star that shines forever. He will always be in our hearts. David passed away in June 2021 after his favorite daily activity of running in Greenville. He was talented in everything he achieved. A great mentor to everyone. His smile and attitude would light up a room. He danced into everyone's hearts. A fun and great loving uncle to nephews, Austin Bowers, Sean Bowers, Nathan Bowers, Brice Morrow and Brady Ryan. Nieces, Cailen Morrow, Kendall Ryan, and Emory Bowers.

He was an Eagle Scout by age 14 and played viola at Hillcrest Middle School. Wrestling team, freshman year in high school. Played football and ran track 9th through 12th grade at Mauldin High School. Lettered in both sports each year. Played keyboard and guitar. Received All Region Award for track and Sportsmanship award in football in high school. Graduated in 1993 from Mauldin High School. He returned to Mauldin after college to teach and coach track and football.

Received Best TV personality by Greenville News for host of WYFF syndicated television show, Video Max while in high school and college. He was quoted in the news as saying "make high standards and try your best to live up to them". He was in the movie Letterheads. He received an internship in physical therapy at St. Francis Hospital his senior year in college. Certified personal fitness trainer and courses in diagnostic medical sonography at Greenville Technical College. Camp counselor for YMCA, to return as Youth Sports director after college.

David graduated from University of South Carolina with a BS in Exercise Science in 1998. Dean's list all through college. SEC academic honor roll. Captain of men's track team two years. Decalthon for USC, 4th in Southeast Conference. Received Coach's award in track and field and County champion. David trained with two Olympians as that was a goal for himself. He especially loved running on the beach, downtown living, dancing and healthy cooking.

David was manager of many gyms in SC, NC, GA and Fla. Including Gold's Gym, Fitness Connection, Workout Anytime and Anytime Fitness. Restaurant management. He was beginning ownership of his own franchise, Craft Axe Throwing. Kind hearted, generous spirit and influence to lead was David. His mother could not be more proud of her son. As he was perfect in her heart in every way. Everyone is going to miss him and remember what he has done for himself and others. He always kept fit and exercise. David's close friends will always be with him.

David said these words: "You only have one opportunity to live, so…work like you would never need money, love like you have never been hurt, and dance like nobody was watching you! I try to not dwell on the sad or what is outside my realm of control. I believe a person can create and maintain their own happiness, so I never let anyone hold my happiness in their hands. For quality-of-life purposes, I try to surround myself with only positive people and focus on the brighter side of life. Life's too short to do it any other way." He would say "Living the life".

In lieu of flowers, we ask that donations be made to the endowment fund at Mauldin High School which will honor one student with a scholarship each year, in David Kristen Carnes name.
To order memorial trees or send flowers to the family in memory of David Kristen Carnes, please visit our flower store.