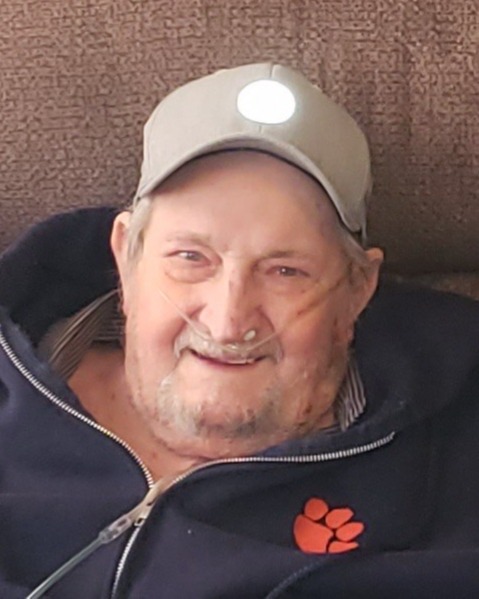 Born in Liberty, he was the son of late Marion and Inez Gaines Whitlock. He was a painter and sandblaster at Duke Power for 35 years until his retirement. Dody spent the latter part of his life spending time with his family, playing golf, or watching Clemson Tiger football.

He is survived by his wife of 50 years, Joyce Taylor Whitlock; three children, Susan Pilgrim (Scott), Dolan B. Whitlock (Tina), and Donna Burdette, all of Liberty; brother, Gary Whitlock of Liberty; sister, Joan Stephens of Liberty. Dody is also survived by 5 grandchildren and 10 great-grandchildren.

In addition to his parents, he is predeceased by a brother, Tommy Whitlock and granddaughter, Cherie White.

The family will receive friends following the service.

The family will be at their family home in Liberty.

In lieu of flowers, donations can be made in his name to the American Lung Association.

To order memorial trees or send flowers to the family in memory of Dolan Thomas "Dody" Whitlock, please visit our flower store.