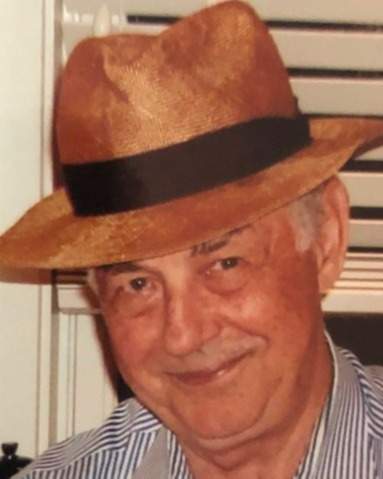 Donald was born on April 16,1939 in New Orleans, LA, son of the late Donald Roy and Olga Lyons Porter.  He grew up in Gallion, AL, and is a 1960 graduate of the University of the South at Sewanee.  He also has a BA in literature and an MA in poetry from Cambridge University in England. After 2 years at Cambridge, Donald spent a year in France studying at the Sorbonne and traveling around Europe.  He then taught English for two years at the University of Shiraz in Iran.

Donald deeply loved his wife and daughters.  When the children were young, he delighted in exploring Central Park with them on Sundays, especially taking them to the carousel and the children’s zoo.

For 16 years Donald and his family lived in South Salem, New York, an area filled with writers, artists, musicians and actors.  He had many friends and was involved with the art museum, local theater, and formal gatherings (salons). Donald wrote numerous books and several financial articles, some under his own name, some under pseudonyms, and some he  ghostwrote.

In 2012 Donald moved to Birmingham to join his brother Marc at the company they had created in 1991.  He loved working with Marc and came home at night talking about all the wonderful people he worked with at the office.

Each year Donald looked forward to visiting with all the family at the Porter Family Reunions, where he relished the wonderful cooking of his sister Cecil and her daughters Olga and Jyl - and Thomas’s (Olga’s husband) incredible pastries.

Donald and his wife moved to Clemson in November 2021 to be near his sister Shari and her husband Mac.  He cherished their frequent visits.

He was very close to his wife’s cousin, Bobbi Sloan, and her son, Corey Sloan Cisney.

William B. Hairston III was both his attorney and good friend.

Donald and Diane are eternally grateful to Richard Boyle for all he did.  He will always be family.

Graveside services will be held on Saturday, September 10th, 2022, at 10 a.m., at St Andrew’s Episcopal Church Cemetery, which is directly across from the Gallion Baptist Church, 400 Gallion Road, Gallion, AL 36742.

In lieu of flowers, donations may be made to:

University of the South

Graveside services will be held on Saturday, September 10th, 2022, at 10 a.m., at St Andrew’s Episcopal Church Cemetery, which is directly across from the Gallion Baptist Church, 400 Gallion Road, Gallion, AL 36742.