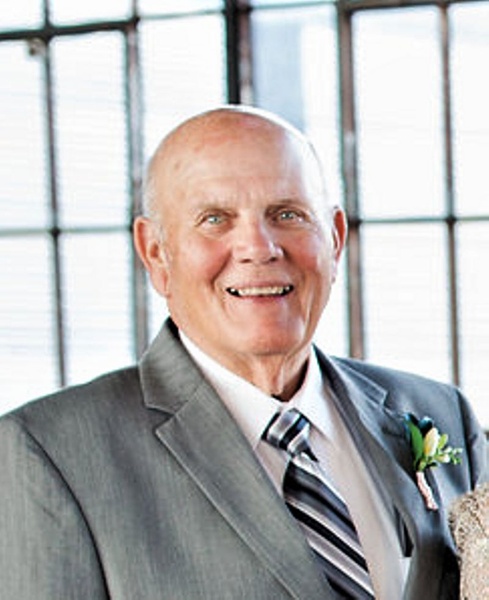 Donald Leon Reeves, 86, went to be with his Lord and Savior Jesus Christ on Saturday, January 30, at Rainey Hospice House in Anderson, SC. Known to many as "Tub," he could make a friend out of any stranger. He had a smile and a joke for anyone who crossed his path.

Born in Liberty, SC, Don was the youngest and last surviving child of the late Margie McDonald and James Arthur Reeves. He was the loving and devoted husband to Jean Young Reeves for 61 years until her death in 2018. He lived his entire life in Liberty, SC, and for more than 50 years in his home at the top of the hill on land that was once belonged to his parents. He loved that land and found immense pleasure in tending to and piddling in the yard and surrounding area.

He was a 1952 graduate of Liberty High School where he played football and sang in the Glee Club. He retired from Cornell Dubilier, where he took great pleasure in getting to know people from all over the world while selling electronic components.

For 25 years, Don shook hands, gave out smiles, and told jokes as members and guests arrived at Rock Springs Baptist Church as a greeter and usher. Don and his loving wife Jean were active members of the Inspiration Bible Fellowship Class where they fully enjoyed their friendships and travel trips.

In addition to his wife and parents, Don was also preceded in death by his sister and her husband, Fannie and Jimmie Gaines of Anderson, and his brother Bill Reeves of Liberty. He was the loving father of Keith Reeves (Lynn) of Liberty, and Pam Reeves Cash (Chris) of Greensboro, NC. He was the proud grandfather of Nate Cash (Ally) of Greensboro, NC, Ashton Reeves Gibson (Josh) of Easley and Nick Reeves (fiancé Kaylee) of Liberty. He cherished his great grandchildren Caleb Gibson and Kelly Katherine Gibson.

We are most certain that when greeted by St. Peter at the pearly gates of heaven, he had a joke for him and then he signed up to help with greeting.

A socially distanced visitation will be held on Tuesday, February 2, 2021, from 1:00 p.m. to 1:45 p.m. in the Rock Springs Baptist Church Chapel. The funeral will be at 2:00 p.m. in the Church Chapel, with a graveside service to follow in the Church Cemetery. Please wear a mask if you attend. The family is understanding if it is safer for you to not attend in person.

You may livestream the service at 2:00 PM by visiting this link https://livestream.com/rockspringsbaptist/funerals.