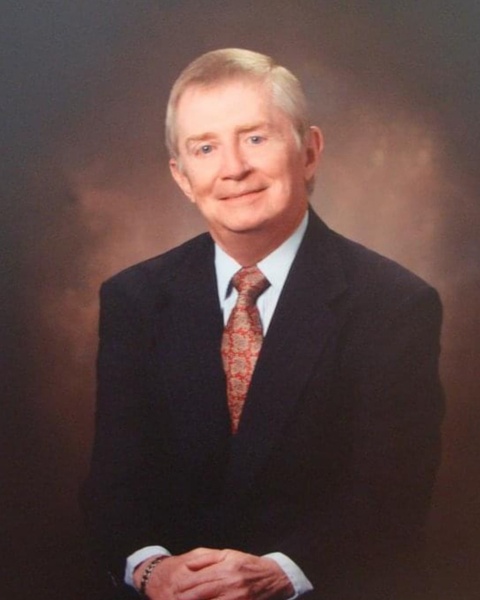 Born in Gastonia, NC, on February 16, 1943, Don was the firstborn son of The Reverend Dixon and Naomi Harris Wood. He was later joined by his sisters, Joan Wood Rampey (Buddy), and Anne Wood Medders (David); and his brothers, Peter Wood (Kim) and Dan Wood (Kelly).

For fifty-six years, Don was the beloved husband of Sally Schram Wood. Their home was blessed with three children, Andrea Wood Ferriero (Chez), Micah Wood, and Luke Wood (Courtney). Two and one-half years ago, the incredible joy of being grandparents came with the birth of CJ (Caleb John) to Luke and Courtney. This brought a season of untold hours of happiness and laughter to Don and Sally, who became “Boss” and “Bliss.”

Don’s uncommon intellect and increasing scope of knowledge was recognized early in his life. He also had a calling from God upon his life. He graduated from Colfax High School (NC), then pursued his undergraduate degree in Psychology at Central Wesleyan College (now Southern Wesleyan University in Central, SC). He received his Master of Theology from Columbia Theological Seminary in Decatur, GA, and his Ph.D. from Fuller Theological Seminary in Pasadena, CA.

Returning from California, Don became the pastor of Faith Wesleyan Church in Greensboro, NC, and served there for seven years. In 1978, Don returned to his much-loved alma mater in Central and stepped fully into God’s calling, first as Dean of Students, with some teaching responsibilities, and then as professor in the Department of Religion where he impacted countless lives for thirty-three years, retiring in 2011.  Since 1978, Don was a loyal member of Alive Wesleyan Church where he served in a variety of ways, including a teaching ministry.

Few words can fully capture the far-reaching and life-changing impact of having Don as professor, colleague, and friend! He was known for his personal interest in the lives of his students beyond the classroom, understanding that shepherding their hearts was of even greater importance than informing their minds. His life lived for Christ, consistently and with the deepest character, will produce its own legacy.

A celebration of Don’s life and the God for whom he lived will be held at 11:00 a.m. on Saturday, October 1 in Newton-Hobson Chapel on the campus of Southern Wesleyan University. Visitation will begin at 10:00 a.m. Burial will be private.

To order memorial trees or send flowers to the family in memory of Donald Dixon Wood, please visit our flower store.