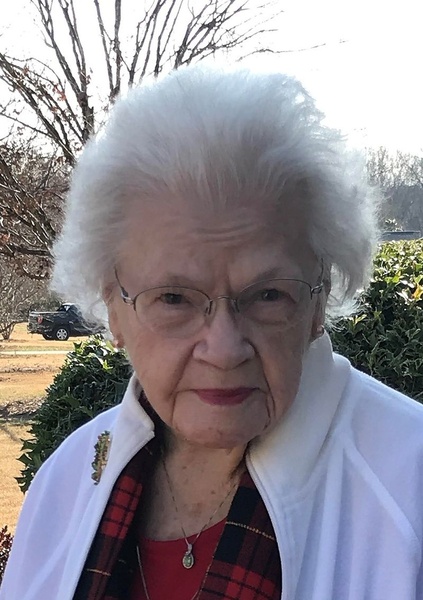 Born August 25, 1922 in Atlanta, GA, she was the daughter of the late Charles Henry Howard and the late Visie DeFore Howard. She was a beloved wife, mother, grandmother, and great-grandmother who enjoyed serving her God, working within the church, and spending time with her family. Dorothy was a devout Christian and an active member of West Gantt First Baptist Church for sixty-three years where she had many close and life-long friends. She will be greatly missed.

In addition to her loving husband of fifty-six years and her parents, she was predeceased by three brothers; and daughters-in-law, Margaret Chambers and Karin Chambers.

Funeral services will be held at 2:00 p.m. Wednesday, March 2, 2022 at the Chapel of Robinson Funeral Home - Powdersville Road. Entombment will follow in Greenville Memorial Gardens Mausoleum.

The family will receive friends from 1:00 p.m. until 1:45 p.m. Wednesday at the funeral home, prior to the service.