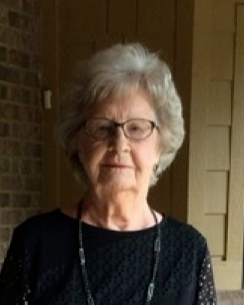 Dorothy Moore Coleman of Piedmont, South Carolina, died Saturday, December 31, 2022 at Foothills Presbyterian Assisted Living in Easley, South Carolina. She was born August 31, 1922, in Parnell, Missouri to Thomas and Blanche Moore. She moved with her family to the Rudy, Arkansas area in 1936. She was married to Walter Coleman, Jr., and lived in the Rudy/Hobbtown community until moving to Van Buren in 1997. They were the parents of two sons, Gary W. Coleman and Chris Randall (Randy) Coleman.

She graduated from Alma High School and attended Westark Jr. College and Arkansas State Teachers College. Her first teaching experience was in the 88 community one-room school. She taught briefly in the Alma School System before her 39-year career in Early Childhood Education. She retired as Executive Director of Head Start Child and Family Services, Inc., in 2004. Mrs. Coleman was also an active member of the state, regional and national Head Start Associations.

She and her husband moved to Piedmont, South Carolina, in 2012. She is a member of Heritage Church in Van Buren, Arkansas.

Interment will be in Gracelawn Cemetery, Van Buren, AR.

To order memorial trees or send flowers to the family in memory of Dorothy Fern Moore Coleman, please visit our flower store.