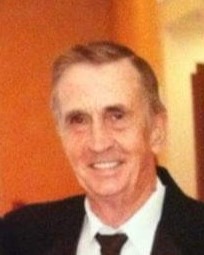 Born in La France, SC, he was the son of the late Claud and Lola Dacus Chapman. Edward was a student very interested in history, to which he devoted much time and study. He earned many diplomas from Tri County Technical College, was a graduate of Hunter Engineering, St. Louis, Missouri, a licensed pilot after graduating White’s Aviation School, and also Road Away Helicopter School in Mesa, Arizona.

He retired after 49 years of service from the former Tom Chapman Tire Service, later Tread Systems, and upon retirement, Retreads Unlimited, Inc.

Edward was a member of Clemson United Methodist Church. He and his wife Carolyn enjoyed their farm and farm life. They also found much enjoyment from traveling to foreign countries, studying other cultures, and getting to know the locals while visiting in their homes.

Most of all, Edward enjoyed spending time with his family. One of his most treasured memories was tent camping while spending a week at John C. Campbell Blacksmith School with his grandson, Joseph. After retirement he especially loved the time spent with his great-grandchildren.

A funeral service was held on Saturday, November 12, 2022 at the home with burial in Bishop Branch Baptist Church Cemetery.

To order memorial trees or send flowers to the family in memory of Edward Chapman, please visit our flower store.