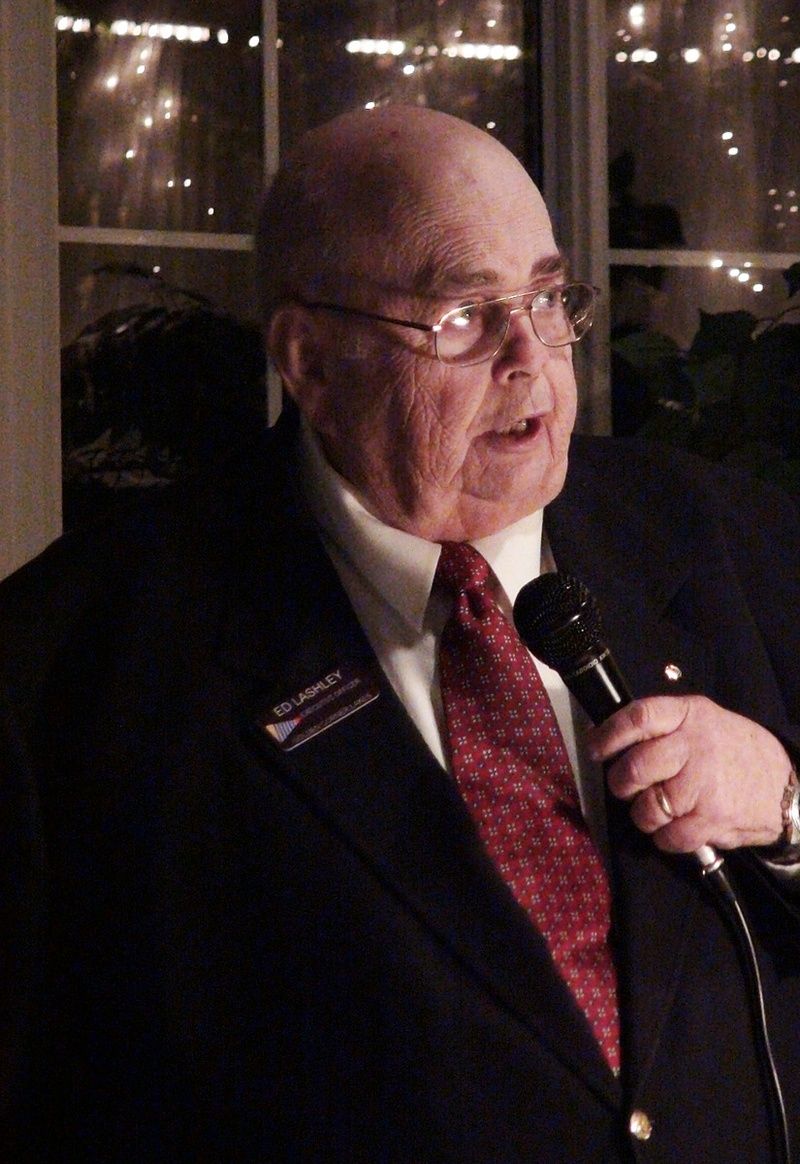 Edwin Roy "Ed" Lashley, Jr., 84, of Clemson, husband of Elizabeth "Libba" Lynch Lashley for 60 years, passed away December 28, 2021.
Born in Winston-Salem, NC, he was the son of the late Edwin Sr. and Vera Copeland Lashley. Ed graduated high school in Greensboro, NC, attended NC State, and received his Bachelor's degree in Architecture from Clemson University.
Ed owned and operated his architecture firm for many years and also taught architecture at Pickens County Career Center and Spartanburg Community College. He was a member of the Golden Corner Lakes Sail and Power Squadron, where he served as Treasurer for many years before rising through the Bridge to become Commander in 2014. Through Golden Corner Lakes he was a Boating Safety Instructor, a Vessel Safety Inspector and taught celestial navigation. Ed served his country in the United States Army, the US Coast Guard Auxiliary, and the US Army Reserves.
He is survived by his wife, Elizabeth "Libba" Lashley; son, Edwin R. Lashley, III; his sister, Martha Rierson; his brother, Alan Lashley.
A celebration of Ed's life will be held in the near future.
Click the play button in the video player below to watch the service.

In lieu of flowers, memorial contributions can be made to the Breast Cancer Foundation, Tunnels 2 Towers, or the Wounded Warrior Project.
To order memorial trees or send flowers to the family in memory of Edwin Roy Lashley, please visit our flower store.