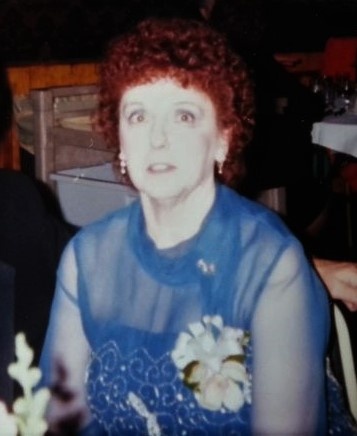 F. Eleanor "Pinky" Heatherington Mattaliano, 90, wife of the late Alfred F. Mattaliano, passed away on Friday, July 1, 2022 at her home.

Born in Bayonne, NJ, she was a daughter of the late Edward M. Heatherington and the late Helen Baker Heatherington. Eleanor was a former director of nursing and healthcare and alumni of Bayonne Hospital School of Nursing. She was a loving mother and grandmother who enjoyed growing African Violets and Orchids and she was an advocate of animal protection and assisting the elderly. She was of the Baptist faith.

She is survived by a son, Al Mattaliano and his wife, Shawn; a daughter, Melissa Mattaliano; and a brother, Edward T. Heatherington, all of Easley, SC; and grandchildren, Robert "Bobby" Mattaliano, Chase Porter, and Bryce Fuller.

A private visitation will be held.

To order memorial trees or send flowers to the family in memory of F. Eleanor "Pinky" Mattaliano, please visit our flower store.