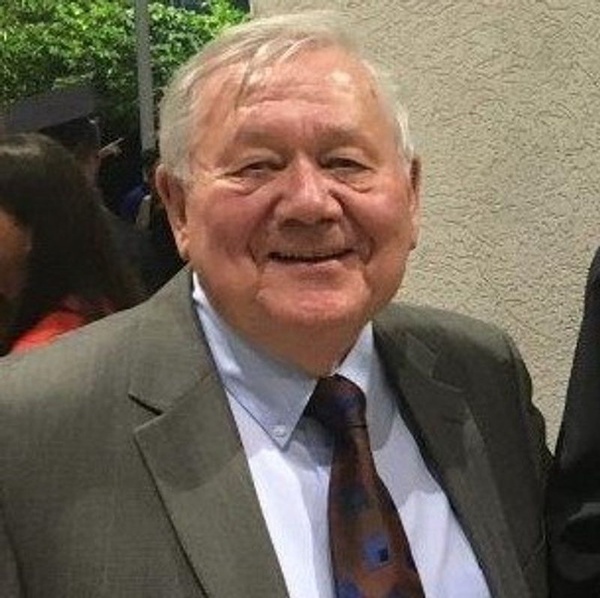 Felix Hugo Toney, 83, of Clemson, husband to Jayne Workman Toney, passed away December 10, 2021. Raised in Greenwood, SC, he was the son of the late Henry Hugo Toney and Ruth Gregory Toney. Felix was a 1960 graduate of Clemson University. He spent his life supporting and cheering for his Alma Mater. After graduating from Clemson, Felix joined the Army Reserves which he served for several years. Felix spent a lifetime career working in textile management. It was a career that would take him to four different states, influencing and changing the lives of not only those he managed at work but those he became family friends with as well.

Felix was selfless with his service for the community. He served as president of the Clemson Chamber of Commerce and was active in both Kiwanis and Rotary clubs throughout his adult life. He also volunteered countless hours to the Pickens County Habitat for Humanity. Felix loved the outdoors. His passion for hiking, camping, fishing, and hunting was passed on to his children. One of his greatest loves was spending time at the cabin in the mountains with his family, often grilling for his grandchildren on the porch. As a member of Clemson United Methodist Church, he loved serving the Lord as an usher, past Sunday school teacher, and other various responsibilities God called him to do.

Surviving in addition to his wife Jayne of 59 years are his sons, Greg and wife, Lynn of Anderson, SC; Brian and his wife, Anna of Estill, SC; sister, Brenda Freeman and husband, Richard of Gilbert, SC; sister-in-law, Rebecca Brown and husband, Warren of Greenwood, SC; brother-in-law, Tom Workman and wife, Paula of San Antonio, TX; four grandchildren, Wales, Gracie, Laura Gray, and Harling; a special nephew, Blake Lanford who he thought of as his youngest son; and many other nieces and nephews whom he loved dearly. Many thanks and deep appreciation from his family for his home care provider, Natasha Barkley.
The family will receive friends on Monday, December 13, 2021, from 4:00 p.m. until 6:00 p.m. at Duckett-Robinson Funeral Home, 108 Cross Creek Road, Central.

In lieu of flowers, memorials may be sent in Felix's memory to Pickens County Habitat for Humanity, PO Box 412, Clemson, SC 29633.
To order memorial trees or send flowers to the family in memory of Felix H. Toney, please visit our flower store.