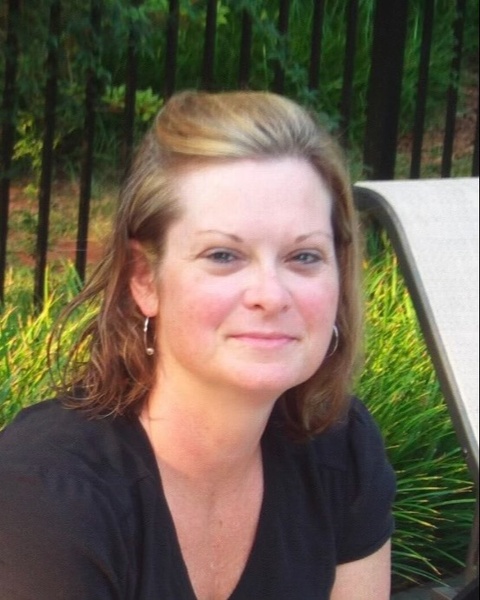 Gail Collins, a long-time resident of Clemson and Central South Carolina, died peacefully on Sunday September 25, 2022 after a multi-year battle with dementia. She was born on December 5, 1963 to the late Roy and Helen Weiger in Bethpage, New York.

Gail is survived by her loving husband of 36 years, Marion Collins; 2 children, Wil Collins of Arlington, VA, and Hannah Collins Baumgartner (Will) of Easley SC, along with sisters, Jane Hall (David) of Clemson, Cheryl Gambrell (Steven) of Greer and Martha Axman of Williamston, as well as many adored, nieces, nephews, cousins, and surrogate grandchildren. She was preceded in death by her brother Frank Weiger.

Gail grew up near Seaford New York before her family moved to Mauldin SC in 1972.  She was an accomplished flautist playing in the Mauldin High School Band and the Greenville County Youth Orchestra. Gail graduated from Winthrop University in Early Childhood Education in 1986 and a week later, Gail and Marion wed.

Gail went on to teach 2nd Grade in Walhalla, SC until Wil and Hannah came along. She was an amazing homemaker until 1997 when she went to teach K-4 Kindergarten at Providence Christian Academy. She later moved to Morrison and Clemson Elementary as a K-5 Kindergarten Teacher.

Gail loved her children and her pets throughout the years and was a doting caregiver to Selah and Charley Black who affectionally called her “Aunt Gail.” She will be missed by family, friends, and neighbors.

A Memorial Service will be held at Duckett-Robinson Funeral Home in Central SC on Sunday, October 2, 2022, at 3 pm.  The family will receive friends prior to the service beginning at 2 pm.

The Family would like to thank the staff of Lutheran Hospice for their amazing support during Gail’s illness.  This organization is truly made up of Earthly Angels. Additionally, we would like to recognize the staff of Clemson Downs for their amazing care of both Gail and her family during her final days. Lastly, Marion would like to thank Gail’s family and friends for the support and prayers over the years.  Gail’s care was challenging at times, but her support system was unmatched. It truly “took a village”.

To order memorial trees or send flowers to the family in memory of Gail Weiger Collins, please visit our flower store.