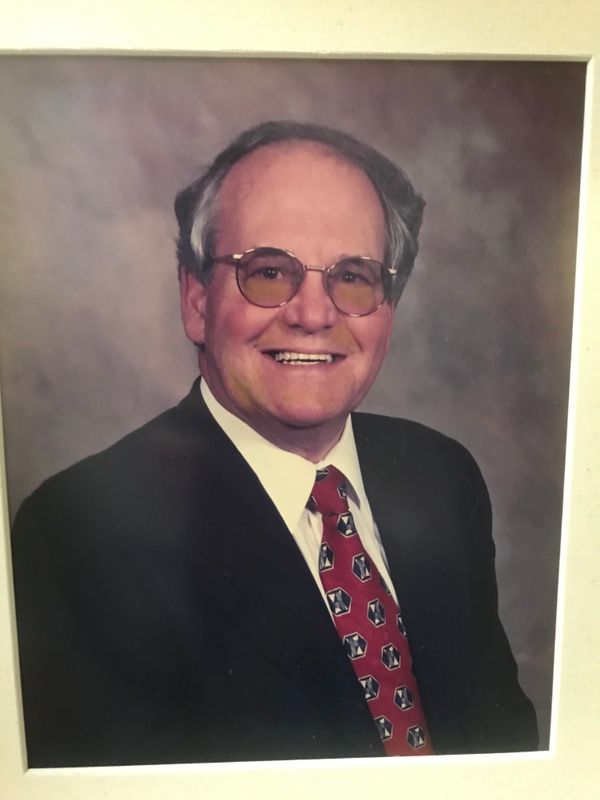 Born in the Cedar Rock Community of Pickens County, he was a son of the late Thomas Arlen "Bud" Blair and Lydia Roper Blair.

Mr. Blair was a graduate of Clemson University and was retired from Freeman Graphics Supply in Greenville after 50 years of dedicated service. He was a member of Mt. Grove Baptist Church in Pickens. Sonny enjoyed raising champion gamecocks was a member of the Sertoma Club. He also proudly served his country in the US Marine Corp where he was an accomplished sharpshooter.

In addition to his parents, he was predeceased by a daughter, Stephanie Anne Blair; sister, Sara Hendricks; and brothers, his twin, Harold Alvin Blair, and twin brothers, Arlen and Garland Blair; and a stepbrother, James Blair.

The family will receive friends Friday, October 15, 2021, from 1:30 PM until 2:45 PM at Robinson Funeral Home-Downtown with the funeral service to follow at 3:00 PM in the funeral home chapel. Scroll to the video player below to view the service. Burial will be in Hillcrest Memorial Park.

In lieu of flowers, Mr. Blair requested that everyone bring a rose to place on his casket at the graveside.