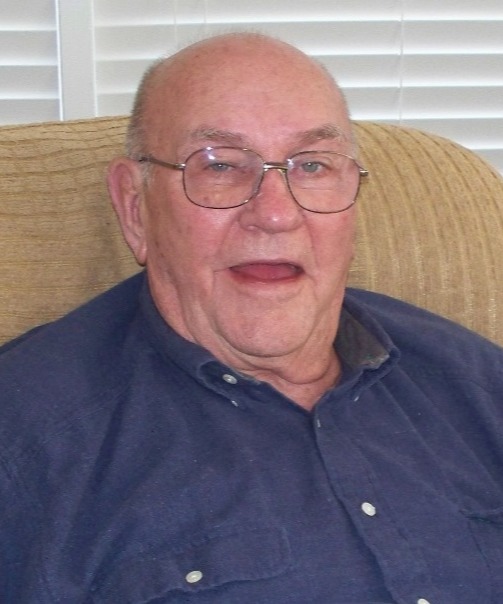 B. Harold Tinsley, 93, beloved husband of Rachel McPherson Tinsley, went home to be with his Lord and Savior, Friday November 25, 2022.

Born in Liberty, SC, he was a son of the late Robert Asa Tinsley and Pearl Nalley Tinsley.

Harold graduated from watchmaker school in Spencer, NC, starting his business as a watchmaker/clockmaker in Easley, SC when he was just 17 years old. Eventually, he expanded to a full-service jewelry store on Main Street where he had a reputation for being an honest, trustworthy businessman, until retiring in the late 1970’s. His gift in repairs was not limited to watches and clocks, as he was an expert at repairing cars, motorcycles, and most everything around the house. He was a dedicated member of Easley First Baptist Church for over 75 years, serving the Lord with his generosity and kindness to all. He was also a 30-year member of the Easley Lions Club and assisted in organizing The Easley Jaycee’s. He enjoyed spending time with his family, especially his grandchildren. He was an avid reader, loved fishing and riding motorcycles. Most of his childhood was spent in Shriner’s Children’s Hospital in Greenville. He was one of the first patients in the facility. Up until his death, he enjoyed entertaining with his storytelling and playing Gin and Poker with friends.

In addition to his parents, he was predeceased by a daughter, Laura Griffin; a grandson, Alex Nuckolls; and brothers, Ansel, Bud and Dink Tinsley.

In lieu of flowers, the family respectfully asked that donations be made to Shriner’s Children’s Hospital, 950 West Faris Road, Greenville, SC 29605, in Harold’s honor.