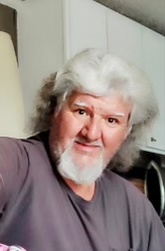 Born in Lyons, NY, he was a son of the late Ivan and Jean Seymour Baldwin.

Harry was a skilled carpenter and landscaper who enjoyed working hard for his clients.

Surviving is his wife of 22 years, Teri Hurley Baldwin; his siblings, Sherry Kuykendall of Six Mile, Linda Baldwin of Pickens, Ivan Baldwin, Jr. of Belton, and Sanford Baldwin (Denise) of Six Mile; a nephew who was like his son, David Baldwin; and a great niece who called him “papa”, Tegan Baldwin; and several other nieces and nephews.

In addition to his parents, he was predeceased by his siblings, Diane Baldwin, Raymond Baldwin, and Ernest Baldwin.

A celebration of Harry’s life will be held by the family at a later date.

To order memorial trees or send flowers to the family in memory of Harry Laverne Baldwin, please visit our flower store.