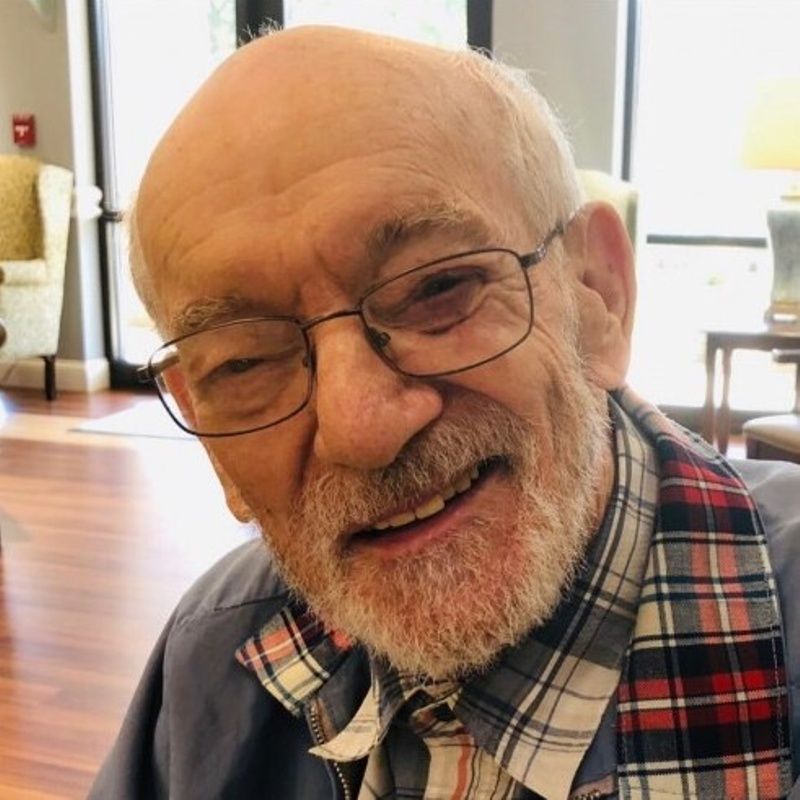 Henry Bowles Angle, a resident of Clemson Downs, lost his battle with COVID 19, passing away on December 1, 2020. Henry was born in Chicago, Illinois, October 4, 1929, to Eugene M. and Mary L. (James) Angle. Henry lived in Chicago until 1947 when he graduated from Kelvyn Park High School and left to study at Purdue University in West Lafayette, Indiana, the first of his family to attend college. After graduating with a Bachelor of Science Degree in 1952, he joined the United States Air Force. While stationed in Houston, Texas in 1953, he met and married Billie Jane Davis, who was a local public-school teacher. As an Electronic Warfare Officer during The Cold War, Henry was deployed for 6 years in Western Europe and flew over 200 missions performing electronic surveillance of Eastern Bloc countries. In 1959, Henry was assigned the position of ROTC instructor at Ohio State University. He left active duty status in 1960 but continued serving as a "Reservist" until he retired earning the rank of Major. From 1960 to 1968, Henry worked with the State of Ohio Bureau of Unemployment Compensation after which he accepted the position of Registrar at SUNY – Fredonia. In 1969 he accepted the same position at SUNY – Oswego which he held until he retired in 1987. In 1969, both he and Billie Jane decided to live and continue to raise their family in Fulton, New York where both lived over 46 years prior to moving to Clemson, SC to be closer to family.

Henry continued his education taking a leave-of-absence in 1965 to earn a Master of Public Administration Degree from George Washington University. After he retired, Henry went back to school and earned an Associate Degree in Computer Science from Cayuga Community College in Auburn, New York.

During his life, Henry was an active member of The Church of Christ in the various communities in which he lived, teaching Sunday School and Vacation Bible School, leading the singing during the worship service, and preaching on occasion. In Fulton, he was active in politics, campaigning for local candidates and manning the polls during elections. Henry learned and played the trumpet during High School. He was a band member and continued to play after graduating. He played "Taps" at Memorial Day Services and played in "jam sessions" with friends and family. Henry loved "Big Band Swing Music" as well as enjoying classical and religious music of various composers and artists. Henry loved to tinker in his workshop and would rather fix a broken item himself than buy something new or take it to a professional. He was a loyal Chicago Cubs fan who loved dogs, telling stories, jokes, and just being a Grandpa. However, the love of his life was his wife, Billie Jane, who he adored for 67 years until her death June 22nd of this year.

Henry is survived by two sons, William Angle and wife Teresa of Calhoun, GA, and Charles Angle and wife Barbara of Six Mile, SC; a daughter, Mary (Angle) Frierson and her husband Rick of San Antonio, Texas; six grandchildren; four great grandchildren; and numerous nieces and nephews. In addition to his parents, Henry was predeceased in death by his wife Billie Jane Angle, and a stillborn son.

A visitation will be held from 11:00 AM to 1:00PM on Friday December 11, 2020 at Foster Funeral Home in Fulton, NY followed by a family graveside service at Mt. Adnah Cemetery.

In lieu of flowers, donations may be made in his honor to the Seneca Church of Christ in Seneca, SC., www.senecachurchofchrist.org

For online condolences please visit www.RobinsonFuneralHomes.com
To order memorial trees or send flowers to the family in memory of Henry B. Angle, please visit our flower store.