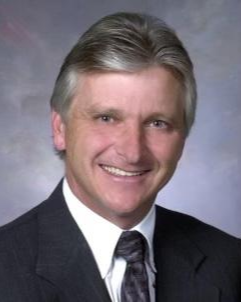 Born in Greenville County, he was the devoted son of the late Curtis James and Hazel Massingille Phillips. He graduated from Carolina High School and was an honor graduate of the University of South Carolina College of Journalism. During his long career in the media, he worked for newspapers including The Greenville News, varied advertising agencies in Greenville, and the Greenville Chamber of Commerce. He later traveled the world as a writer for IBM publications, and ultimately retired from IBM.

In addition to his family, Jim’s passions were clear and unshaken: golf and the Gamecocks. A scratch golfer throughout his life, he once scored two holes-in-one in one six-month period, at Verdae Greens in Greenville. Until ill health and a pesky pandemic intervened, he cherished an annual fall golf trip with a foursome of friends, a tradition that spanned close to 40 years. Vince, Paul, and Duane, Jim loved you guys.

Never, ever have the Gamecocks had such a devoted fan. Jim even once “took one for the team,’’ when he lost a bet with a co-worker over a certain football game and found himself in a flyover at Clemson Memorial Stadium, with “Tiger Rag’’ blaring in his ears.

The family will receive friends from 12:45 p.m. until 1:45 p.m. Wednesday at the funeral home, prior to the service.

There are three things you can always do to remember Jim: Bend down to scratch the head of your beloved furbaby, clean your plate, and don’t forget to call your mama.

In lieu of flowers, memorials may be made to Palmetto Lifeline, 1275 Bower Parkway Columbia, SC 29212 or to the Carolina Hearts Aussies Rescue at http://carolinaheartsrescue.org/give/donate/ or checks can be mailed to 8055 Hinshaw Shop Rd, Liberty NC 27298.

To order memorial trees or send flowers to the family in memory of James Curtis Phillips, Jr., please visit our flower store.