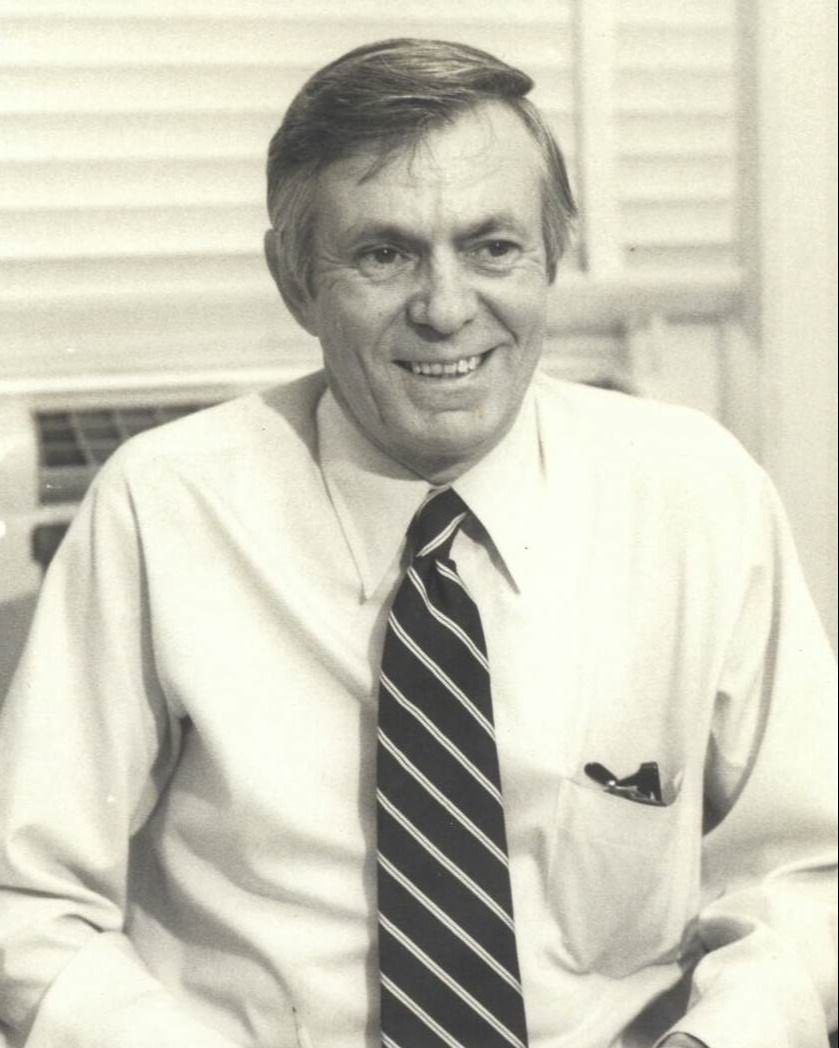 James Harold Rogers of Easley, S.C. passed away peacefully on November 4, 2022 following a brief illness. A native of Williamston, Harold was the fourth of 10 children born to the late Milton and Mary Rogers. He was 97.

Harold was a World War II veteran, having served his country in the 717th Tank Battalion. When he returned home he attended Anderson Junior College where he was the captain of the school’s first basketball team. He went on to the University of South Carolina where he would letter in baseball for the Gamecocks while earning a degree in Journalism.

Following a stint at The Greenwood Index Journal as sports editor, Harold would join The Easley Progress as editor, pen a weekly column for The Pickens Sentinel and write weekend headlines for The Greenville News. Harold would finish his career as Director of Public Relations for the Clemson Cooperative Extension.

Harold had a lifelong love of tennis and was often the top-ranked player in South Carolina in senior age divisions. His children credit tennis for their father’s longevity, fitness and health. As accomplished as he was playing the game, he was an even better husband and father.

Harold was predeceased by his beloved wife Bobbie for whom he was the devoted primary caregiver for decades.

A graveside service is planned for Monday, November 7 at 11 a.m. at Greenlawn Memorial Park in Easley. Visitation will be Sunday, November 6 from 6 p.m. to 8 p.m. at Robinson Funeral Home, downtown.

The family would like to express heartfelt appreciation to the staff at Cottingham Hospice in Seneca, S.C. and Dr. David Chang for his many years of care.

In lieu of flowers the family asks that donations be made in Harold and Bobbie Rogers’ memory to Easley First Baptist Church.

To order memorial trees or send flowers to the family in memory of James Harold Rogers, please visit our flower store.