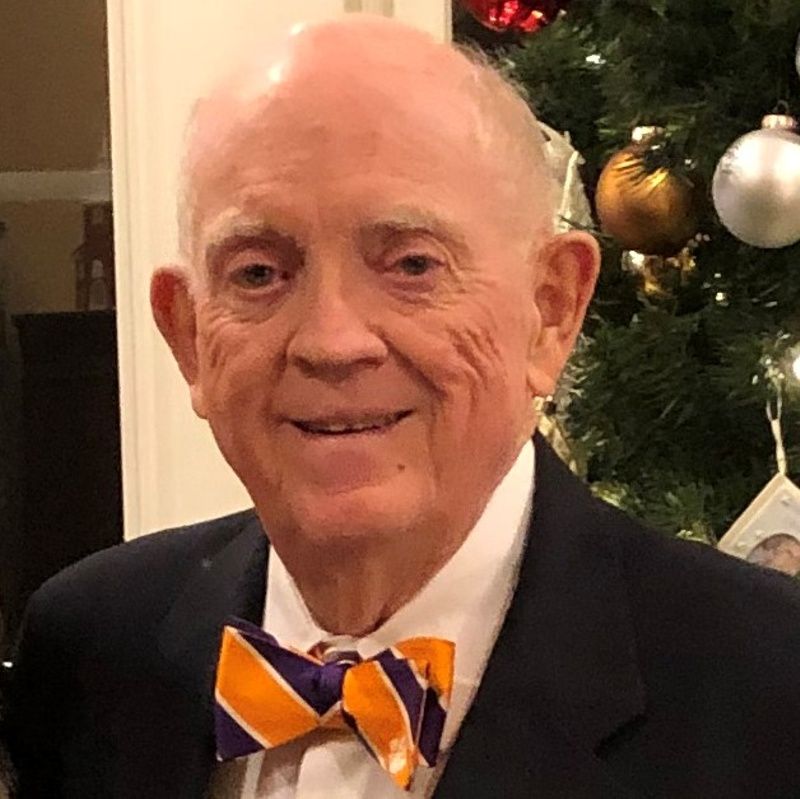 Jim was born on January 16, 1941, in Justice, NC to James & Teresa Wilder. His family moved to Barnwell, SC, where he grew up and graduated as valedictorian from Barnwell High School in 1960.

During his senior year, while attending a Beta Club convention in Columbia, he met a beautiful young lady and quickly swept her off her feet. He married the love of his life, Celeste Williams, in August of that same year and they recently celebrated their 60th anniversary together.

Jim graduated from Clemson University in 1965 with a degree in Electrical Engineering. He went to work for Lockheed in Atlanta and was always proud of his part in helping design the electrical systems of the C5A aircraft.

After Lockheed he worked in the telephone industry for the next 35 years, eventually retiring with Celeste to his beloved Clemson. He was a member of the First Baptist Church of Clemson.

Our "Dad", "Paw Paw", "Baby", loved the Clemson Tigers throughout his whole life. He was a faithful donor, season ticket holder and ambassador for Clemson and was never more proud than when his Tigers won the National Championships. We know that he has already found Frank Howard and probably won't leave him alone.

Graveside services will be held 2:00PM Sunday January 24th at Old Stone Church Cemetery in Clemson. Friends and family are encouraged to wear their Clemson gear!

Due to Covid-19 restrictions we ask that everyone please wear a mask and observe social distancing.

In lieu of flowers, donations can be made Dabo's All In Team Foundation for breast cancer research. P O Box 1585, Clemson, SC 29633.