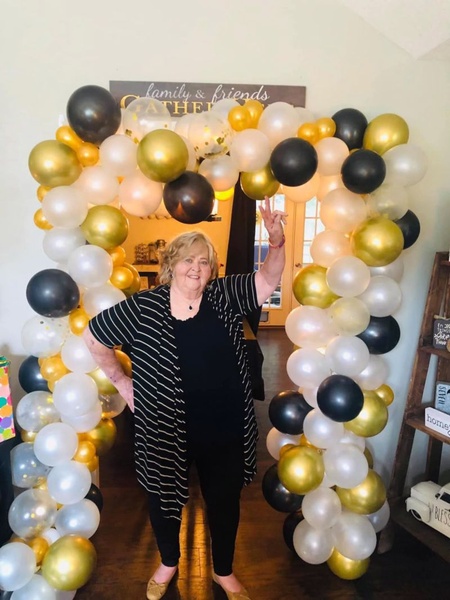 Born in Knoxville, Tennessee, she was the daughter of the late Howard and Virginia Lee Wilson Dyer.

Mrs. Clasby was a member of the Mill Church in Pickens. She loved her Lord and Savior and is rejoicing with him now in Heaven. Janice had a huge family that she loved unconditionally. It was her greatest joy to spend time with her loved ones. She enjoyed crafting, shopping, cooking, and spending time playing games on her iPad.

In addition to her parents, she was predeceased by her son, Erik Rhoda, her daughter Michelle Clasby, her brother Michael Dyer, and her sister Brenda Dyer.

A service to celebrate Janice's life will be 6:00 PM Friday, October 29, 2021, in the chapel of Robinson Funeral Home-Downtown. Scroll to the video player below to view the service.

She is simply irreplaceable and will be dearly missed by all her family and friends. Flowers will be graciously accepted by the family.