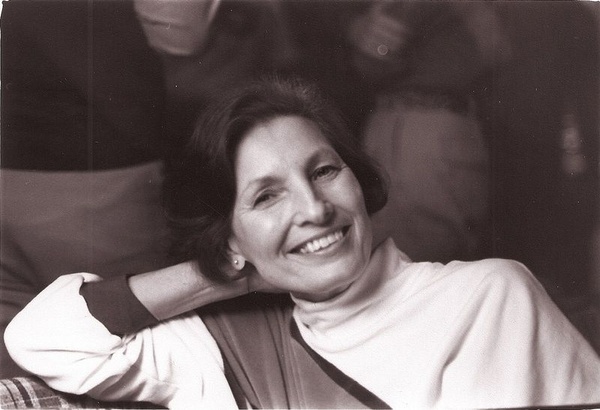 Joan Marie Anderson Steadman, 89, of Clemson, wife to the late Mark Sidney Steadman, Jr., passed away peacefully late morning on Friday, December 3rd. She had her two surviving sons – Wade Hopkins Steadman and Todd Anderson Steadman – by her side and was under the capable and compassionate care of the staff at The Rainey House at Hospice of the Upstate in Anderson, SC.
She was pre-deceased by her husband Mark and her son, Clayton Steadman, and survived also by 5 grandchildren: Miranda, Garrett, Charlotte, Olivia, and Luca, along with 3 great-grandchildren: Analyn and Rohen Steadman, and Elizabeth O'Mahoney, all of whom she dearly loved.
Born in Varnville, SC on May 3, 1932, Jo (as she preferred to be called) was the daughter of the late James Robert and Marietta Thomas Baker Anderson. Although her parents divorced and remarried others she maintained a close relationship with both her father and mother. Jo grew up modestly in low-country towns of Estill and Hampton before settling in Pooler, Georgia where she graduated from high school and later graduated from Armstrong College in Savannah.
It was while at Armstrong that Jo met her husband-to-be, Mark. They had their first date on December 23, 1951 and Jo accepted Mark's proposal for marriage on New Year's Eve. They were married in Savannah on March 29, 1952 and were together and in love until his death in February of 2020.
Jo was an extraordinary person in many ways, known perhaps best for her contributions to the Pickens County School system where she worked in many capacities over many years and through her volunteer efforts with Helping Hands.
She was a defender of civil rights and worked both behind the scenes and on the front line to ease tensions during desegregation and maintained a consistent spirit of kindness, gratitude, and the value of humor up until the final hours of her life.
She was an avid collector of some curious things. While other might have chosen stamps or coins (which come to think of it, she actually did collect) she went for Night Before Christmas books and paraphernalia (owning hundreds), pop-up books (owning hundreds) and tea pots (owning over a hundred). Then there were rabbits, cobalt glass, and books in general (owning thousands).
Perhaps her most significant collection – though never by design – were the hundreds of friends and others she touched along the way. The children she read to at public schools all across Pickens, her friends she made through her book clubs and tea parties, the faculty and staff at Clemson University and countless others. She never met a stranger and her charm just seemed to draw people to her and vice-versa.
She was well-traveled having lived in Egypt and Soviet Russia and traveled extensively hang-gliding in Australia, dancing the tango in Argentina, hiking along the Great Wall of China and Machu Picchu, and covered most of Europe and the U.S., no doubt leaving a wake of memories for those she encountered. Hers was indeed a life well lived, with intentional kindness and gratitude and a sincere commitment to giving back. She was a magnificent ambassador of Clemson, the South, and humanity at large.
The family will receive friends on Saturday, December 18, 2021 from 1:00 p.m. until 1:45 p.m. at Duckett-Robinson Funeral Home. A memorial service will follow at 2:00 p.m. in the funeral home chapel.
Click the play button in the video player below to watch the service.

To leave comments or for further information visit RobinsonFuneralHome.com. In lieu of flowers donations can be made to Helping Hands in Central or the Clayton D. Steadman Endowment at Clemson University.
To order memorial trees or send flowers to the family in memory of Joan Anderson Steadman, please visit our flower store.