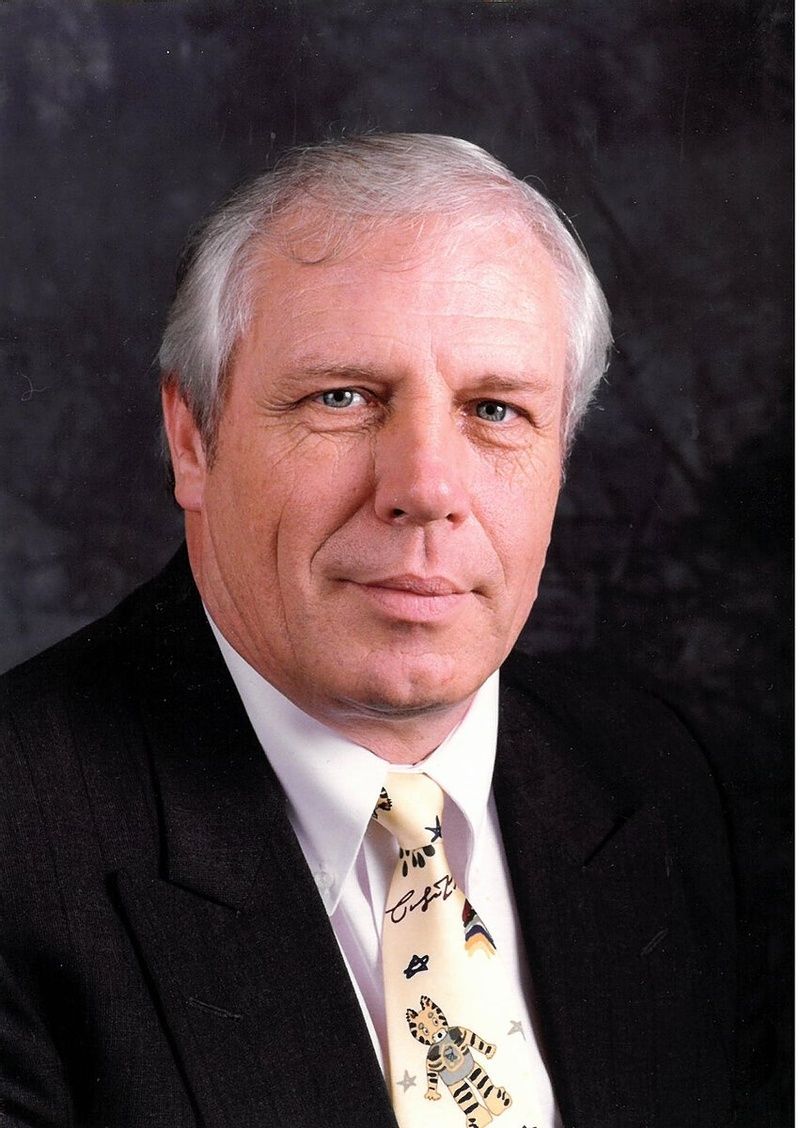 John Dexter Brown, age 77, of Piedmont, SC entered Heaven on April 1, 2021 surrounded by loved ones.
Born on January 16, 1944 in Grand Rapids, MI, he grew up to be a well-rounded high school athlete who would later enlist in the United States Marine Corps and bravely serve in the Vietnam War and beyond. A short time after returning home from war, he found himself in Baltimore, MD, assigned to Fort Holabird, where on April 13, 1969, he assisted Carol Phyles with her luggage as she stood outside a bus station awaiting a ride home from a family member after a trip to NYC. Carol and John would marry on October 24, 1970. They lovingly celebrated their 50th wedding anniversary in 2020.
In addition to Carol, John is survived by his daughter Kerrie, his son-in-law Thom and his grandson Liam. He is also survived by a sister Lynne VanLeeuwen, sisters-in-law Colleen Phyles and Mary Brown, several nieces, nephews, cousins and his precious dog Macy. His extended family is vast as he was a man known for making people feel like family whether or not they were blood relatives. In Heaven, he is now reunited with those who have gone before him: his parents Evelyn and Robert Brown and his siblings Robert, Arthur, Benjamin, Ardis, Delores and Sheila.
Upon discharge from the Marine Corps, John worked in the Meijer warehouse in Grand Rapids and was active in the unionization of its employees by the Retail Clerks International Union (now United Food and Commercial Workers Union). During this unionization, his passion and energy was noticed by various union leaders some of whom offered him positions with their locals. He ultimately accepted a position with UFCW Local 400 just outside of Washington, D.C. He was a labor union organizer and service representative with Local 400 for the rest of his professional life. He championed many workers in D.C., Maryland and Virginia.
John had a heart for service that extended beyond his career. He found joy and purpose in volunteering for soup kitchens (where he was, perhaps, best known for generous pots of gumbo and good conversation) and engaging in political activism. A lifelong Democrat, he registered countless voters in Maryland and served on the Tri-County Committee on Political Education (COPE) where he rallied support around numerous candidates to include U.S. Representative and current House Majority Leader Steny Hoyer. As he neared the end of his life, John took solace in the fact that he would pass away with a Democrat in the White House.
Among his final wishes, he hoped that, in lieu of flowers, family and friends would consider donating to a local food bank/soup kitchen or to St. Jude Children's Research Hospital, a charity near and dear to his heart, in his memory. A private memorial service and inurnment will take place at M.J. "Dolly" Cooper Veterans Cemetery in Anderson, SC at a later date due to Covid.
Visit RobinsonFuneralHomes.com or Robinson Funeral Home & Crematory-Downtown, Easley.
To order memorial trees or send flowers to the family in memory of John Dexter Brown, please visit our flower store.