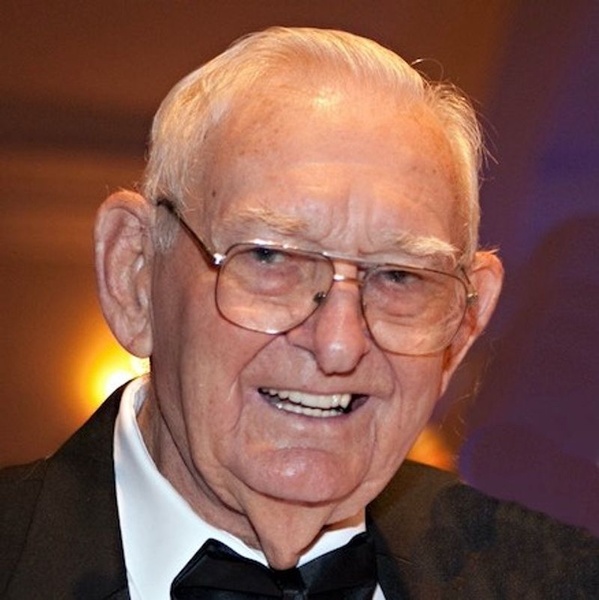 Born in 1921, in Bell, FL, he was the son of the late William Catesby and Almira Catherine Bloom Cocke. At an early age he moved with his family to Alachua, FL where he attended the public schools. He was a graduate of the University of Florida and Clemson University. During World War II, the Army sent him to Carnegie Tech (now Carnegie/Mellon) in Pittsburgh, PA to participate in the Army Specialized Training Program (ASTP)

He was an Agricultural Engineer employed by the US Department of Agriculture, Agriculture Research Service in Stoneville, MS, Belle Glade, FL and Clemson, SC. In Clemson he was associated with the Southeastern Cotton Ginning Research Laboratory and the Cotton Quality Research Station. Following his retirement, he was associated with Fort/AIC Consultants and served as a consultant to the Cotton Export Corporation in Pakistan. He was formerly a member of The American Society of Agricultural Engineers and a member of Alpha Zeta and Gamma Sigma Delta honorary fraternities.

He was a veteran of both WW II and the Korean War, serving in Europe with the 3125th. Signal Service Company and in Korea with the 205th. Signal Repair Company. In early 1951 he was assigned to a Combat Engineering Company for a three-month special mission. He was a Life Member of American Legion Post No. 3 in Greenville, SC, and a member of the Korean War Veterans Association, Chapter 301, Greenville, SC

He was a Life Member of the Clemson Lions Club and was a member of the Leland, MS and Belle Glade, FL Lions Clubs before moving to Clemson. He served the Clemson Lions Club in many capacities, including President. He was the District Governor of District 32-A in 1967-68, Chairman of the State Council of Governors, President of the South Carolina Lions Sight Conservation Association, a member of the South Carolina Lions Hall of Fame and a Progressive Melvin Jones Fellow. In 2002, he was the recipient of Lions International's highest award, The Ambassador of Good Will.

A long-time member of Clemson United Methodist Church, he served the church in many capacities but his greatest joy was serving as one of the greeters. Getting a "high five" or a "low five" from the small children was truly "pennies from heaven". He was a volunteer at Clemson Community Care for many years.

Among his hobbies were writing stories and scratching the surface of genealogy. His stories were the result of his grandchildren suggesting he write stories about his childhood and his service during WW II and the Korean War. In 1995 and 2000 he served as Chairman of the Cocke-Catesby Reunion in Williamsburg, VA.

A long-time member of IPTAY, he missed very few Tiger home football games since 1955, sitting in the same seat since 1957. He was the color commentator for the first broadcast of a Tiger basketball game in the old Fike Field house. Known by many as "The Tiger Paw Man", he always carried a large supply of Tiger Paws on his visits to many parts of the world.

In addition to his wife and parents, he was predeceased by three sisters, Pauline Fugate, Ruth Wirth and Helen Johnston and three brothers, Claud, Willard and Gene.

Graveside services will be held at 3:00 p.m, Sunday, November 7 at Memory Gardens, 586 Issaqueena Trail, Clemson, SC. A Memorial Service will also be held on Friday, November 26th at 3:00 p.m. at Clemson United Methodist Church. Sunday School class members, Lions, any WWII or Korean veterans are invited to sit in a designated area.

Visit www.RobinsonFuneralHomes.com or Duckett-Robinson Funeral Home & Cremations, Central-Clemson Commons.
To order memorial trees or send flowers to the family in memory of Joseph B Cocke, please visit our flower store.