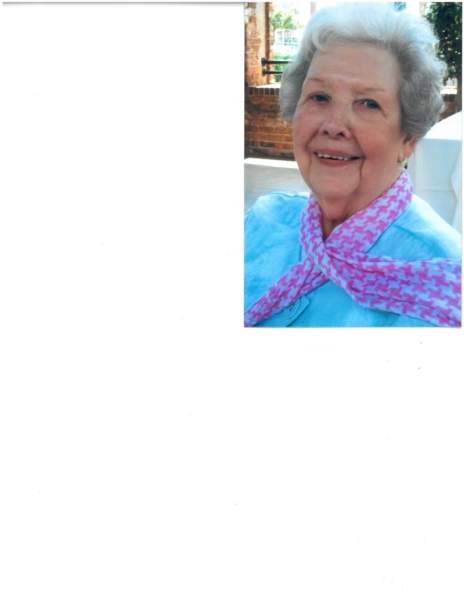 Born June 9, 1921 in Little Rock, Arkansas, Julia was the daughter of the late Thalia Turrell Perry and Frank Vinton Perry, Jr. She grew up and lived most of her life in Jacksonville, Florida, where she attended Robert E. Lee High School. She began her thirty-year professional career in banking with The Florida National Bank, retiring as a Vice President. For many years, Julia and her husband were active members of the Mandarin Presbyterian Church where Julia was presented the Presbyterian Women Honorary Life Membership Award for her years of exceptional service to the church. A member of Jacksonville's San Jose Country Club, Julia pursued her golfing hobby with several of her close friends. In addition, Julia shared her lovely needlework creations with family and friends.

Upon the death of her husband, to be near her children, Julia relocated to Greenville, South Carolina, where she enjoyed numerous years of new friendships, both through Rolling Green Village and her membership at Fourth Presbyterian Church, Greenville.

In addition to her husband and parents, Julia was predeceased by her brother, Frank V. Perry, III; her sister, Grace Perry Zerger; her son, Kenneth Newsom and a niece, Deanna Newsom Shumer.

A memorial service is planned for family and closest friends to celebrate the well-lived life of Julia. This service will be held at Rolling Green Village on Wednesday, June 30th at 1:30 p.m. At a later date, an interment service is planned in Oaklawn Cemetery, Jacksonville, Florida. In lieu of flowers, the family respectfully requests memorial contributions to Fourth Presbyterian Church, 703 East Washington Street, Greenville, South Carolina, or to the charity of one's choice.

Visit RobinsonFuneralHomes.com or Robinson Funeral Home and Crematory-Downtown, Easley.
To order memorial trees or send flowers to the family in memory of Julia Perry O'Dell, please visit our flower store.