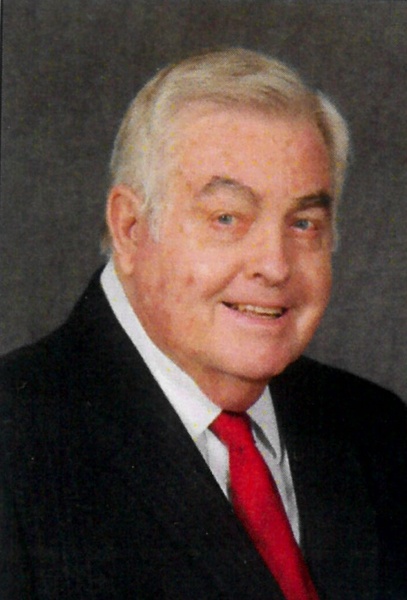 David Larry McFadden, 87, of The Willows of Easley, beloved husband of the late Jo Lynn Tumlin McFadden, went home to be with his Lord and Savior, Monday, August 15, 2022.

Born in Pickens County, he was the son of the late David Alexander McFadden and Bertha Stokes McFadden.

Mr. McFadden was a 1953 graduate of Easley High School. He retired from Smith’s Addressing in Greenville and in his prior working career was employed with Barnes Real Estate for many years. He was a faithful member of Easley First United Methodist Church, the Mount Olivet Sunday School Class, and the church choir. Mr. McFadden served in the Easley Lions Club, was past president of the Easley Booster Club and was an IPTAY representative. He passion was golfing, fishing, and spending time with his family. He also proudly served his country in the United States National Guard.

In addition to his wife and parents, he was predeceased by a son, John Scott McFadden

A Celebration of Life service will be 2:00 PM Friday, August 19, 2022 at Easley First United Methodist Church.

The family will receive friends immediately following the service, in the church fellowship hall.

In lieu of flowers, the family respectfully asks that memorials may be to the budget and choir funds of Easley United Methodist Church, P.O. Box 589, Easley, SC 29641.

To order memorial trees or send flowers to the family in memory of Larry McFadden, please visit our flower store.

Following the service in the church fellowship hall