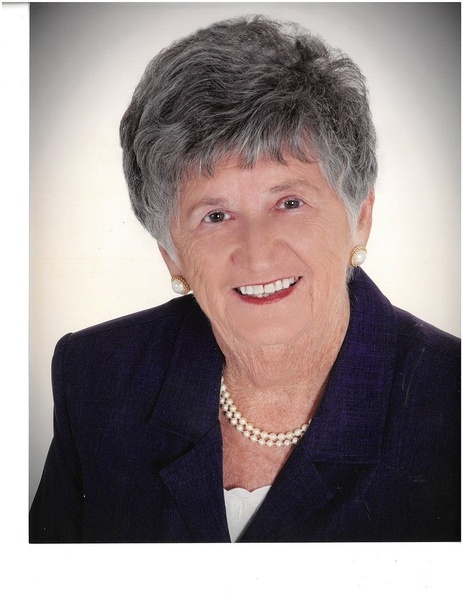 LaVerne Marie Gierosky Eck, 94, widow of Carl J. Eck, passed away at the home of her daughter in Hobe Sound, Florida, on September 24, 2021.

Born in Cleveland, OH, LaVerne was the daughter of the late Joseph and Marie Adams Gierosky. LaVerne graduated from Rhodes High School in Cleveland, Class of 1945. In 1955 LaVerne and Carl moved their family to Lake Worth, Florida, where they lived for 33 years. She retired from 7-11 Regional Office in West Palm Beach, Florida after 20 years of service.

After retiring, she and Carl moved to Liberty, SC to be closer to family. She was a member of Holy Cross Catholic Church in Pickens, South Carolina.

LaVerne is survived by her two daughters, Patty E. Smith (Ronnie), of Reno, NV (formerly of Easley, SC),/ and Linda J. Eck, of Hobe Sound, FL; her brother, Leonard Gierosky (Dorothy), of Parma, OH; her sister, Alice Arida, of West Palm Beach, FL; three grandchildren, Casey J. Smith, of Liberty, SC; Katie Smith Coisson, of Reno, NV; and Lindsey "Ria" Lewis (Jonathan), of Palm Beach Gardens, FL. LaVerne adored her four great grandchildren, David Coisson, III; Harper Coisson; Brinlei Smith; and baby Loe Lewis. In addition to her husband and parents, LaVerne was predeceased by her sister, Eileen Tancak, of Arlington, TX.
LaVerne also had "honorary" daughters, including Mickie Metzger (niece), Bev Nichols, and Jeannie Howell. Special neighbors enabled LaVerne to "age at home" in Easley, including Sylvie-Anne (and Bill) Petrilla, Sue McClure, and Gerry Anthony.
The family gives special thanks to Winifred Williams and Micheline Francois of Legacy Home Care Providers for the loving care and support they gave LaVerne, Linda, Patty and Ria during her illness. The family also thanks Treasure Coast Hospice nurse Shannon and CNA Ricky Sue for their ongoing care, guidance and support.
LaVerne's passions included family and travel. In her earlier adult years she loved to take family outings on Sundays to the Miami airport to watch planes take off and land. Later in life, she was able live out her dream of flying on those planes, across the country, to Europe, and even to Hawaii and Japan. Most of these trips included family. After retirement, she and Carl spent a dozen years pulling their camper around the country, enjoying the sights and friends they met along the way in all of the lower 48 states!

Flowers are accepted (see tab on Robinson's website), or memorials may be made to Treasure Coast Hospice Foundation, 1201 SE Indian St., Stuart, FL 34997, which provided loving guidance and medical attention to LaVerne and her family during the last two months of her illness.
The family respectfully requests adherence to CDC guidelines of social distancing and mask wearing in close situations.