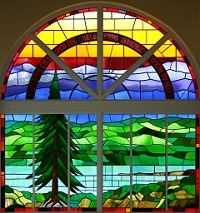 Born in Pickens County, a son of the late Pearl Lance and Leonard Pickens Looper, Sr., Mr. Looper was owner and operator of Looper's Auto Parts.

Mr. Looper was a member of Bates Masonic Lodge #189 and the Hejaz Shriners, where he was a member of the Hejaz Flying Nobles and volunteered as a hospital guide at the Shriners Childrens' Hospital. He was also a member of Easley First United Methodist Church.

In addition to his loving wife, Mr. Looper was predeceased by a brother, Frank Looper; and a sister, Louise Gossett.

The family is at the home of his daughter and son-in-law, Anna and Michael McWhorter.

To order memorial trees or send flowers to the family in memory of Leonard Pickens Looper, Jr., please visit our flower store.