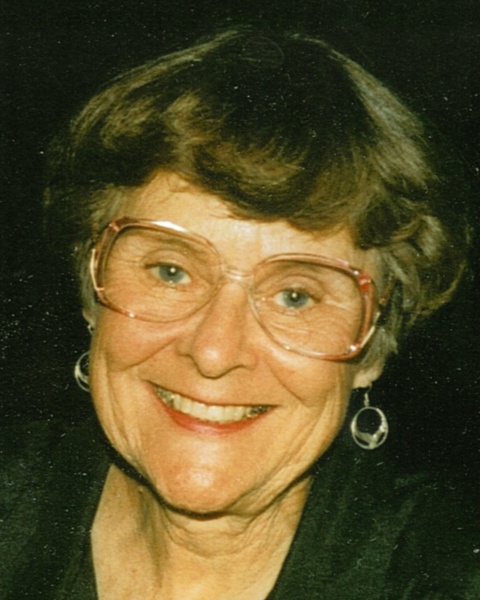 Louise Elsie Mull gracefully passed away on Monday, September 26, 2022 at the Cottingham Hospice House in Seneca, SC.
Louise was born in San Luis Obispo, California on Christmas Day, 1928 to Joseph and Elsie Kirk. She had an older brother Dan and younger sister, Mitzi.
She met and fell in love with Ed Mull, who had just finished college at California Polytechnic. He'd faithfully served in the Army Air Corp during WWII. Louise graduated from University of California, Berkeley in 1951 and they married and moved to San Diego, California to begin their lives together.  They had two children, Kathy and Danny.
Ed began to work in the dairy industry and then started his career with International Paper Company.  That meant the family followed him throughout California and then on to New Jersey and back to California for his retirement.
They happily retired near the foothills of the Sierra Nevada mountains in Visalia, California.  Ed and Louise lived there for 34 years enjoying being near their son Danny and wife Jacqui, along with their two grandchildren, Luke and Michael in Los Osos, California.
Each summer their daughter Kathy and son-in-law John would either travel to California with their four children or they would watch for the "Blue Van" carrying beloved Nana and Papa East across the country to their home for lots of love and adventures.  Johnny, Amy, Callie and Emily always felt the special love and attention made possible by those visits.
Louise and Ed loved their local church, Visalia Community Church, serving the homeless each week and being with their church family whenever the doors were open! They sang in the community Bible and Breakfast choir, gardened together, played cards with friends, enjoyed morning coffee at their favorite coffee shop, camped with friends in the Sequoias and cheered on the Mull grandchildren in all their endeavors.
Louise spent her last four years with her East Coast family in Clemson, SC, enjoying the blue skies and making many new friends in her new residence at Clemson Downs. Her great delight was to be near family and enjoy her grandchildren and great-grandchildren, Brighton, Levi, Lucy, Quinn, Ellis, Will (and a new great-grand baby due in October).
She was loved by many and gave much of herself to so many people.  Louise was kind, giving, social and treated each day as a gift from God.  A very special woman!
A memorial service will be held on Thursday, September 29th at 11 am at Christ the Redeemer Anglican Church, 839 Greenville St. in Pendleton, SC. 29670
In lieu of flowers, Louise desired that donations be made to her church building campaign fund: tinyurl.com/ctrbcamp