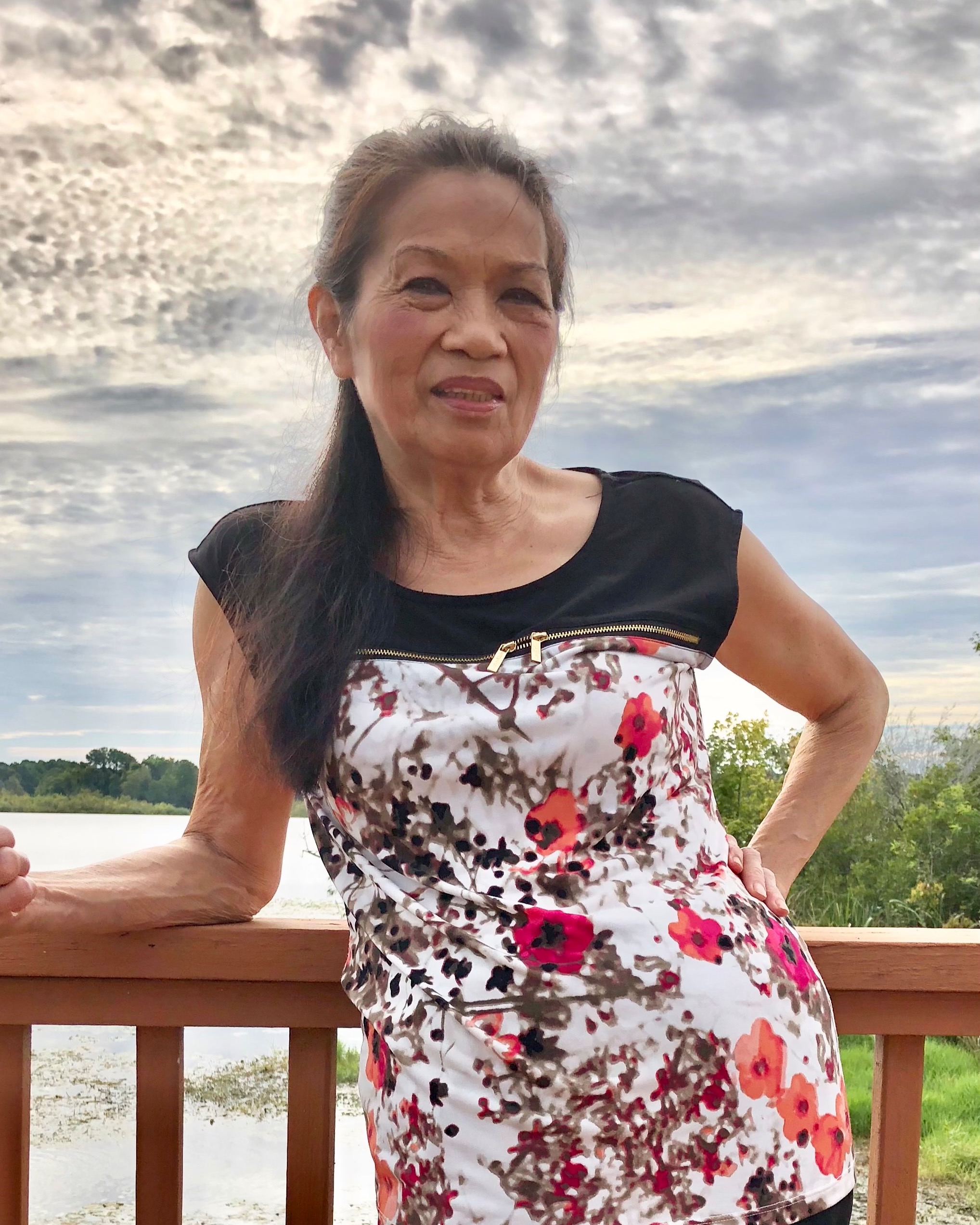 Born in the Philippines, she was the daughter of the late Victorino and Angela Mesina Supan; she was the second to the youngest of nine children. Mrs. Monroy hailed from Pampanga, a region of the Philippines known for their culinary skills. She started working at a very young age and never stopped until her health began to decline.

Luz worked tirelessly for the sake of her family. Much of her accomplishments, she made manifest through her indomitable spirit and unmatched work ethic. She initially worked jobs waiting tables, sometimes working two to three jobs. She aspired to own her own restaurant. Twenty years after arriving in the United States, they opened their own restaurant, Luz’s Place, in North Charleston. They ran and operated the restaurant for over twenty years. Luz’s Place was the place to go for both American and Filipino food. For many and different segments of the community, it was the place to go hang out with friends.

Luz was proud of her children and grandchildren and would speak of them often. Luz and Cecilio accomplished much and overcame many challenges together. In later years, their favorite activity was to sit in the porch overlooking the Goose Creek reservoir, reminiscing about their lives and those of their family and friends and all they have achieved together.

Luz will be dearly missed by family and friends, but none more so than her best friend, partner, and the love of her life, Cecilio. Even through her failing health, Luz encouraged people, especially the youth she encountered, to always work hard and take advantage of opportunities that come their way. She often advised to just keep going no matter what happens.

Burial will be private at Oconee Memorial Park, Seneca.

In lieu of flowers, please donate to the Hospice of the Upstate.

To order memorial trees or send flowers to the family in memory of Luz Supan Monroy, please visit our flower store.