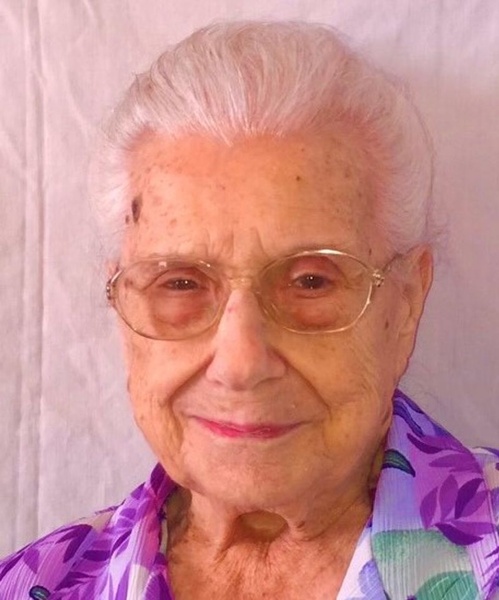 Madelyn Lucille Thomas, Toccoa,Ga. 99 years young went to be with her Lord and Savior, Jesus Christ, at 6:45am on Saturday December 25, 2021.

Madelyn was born Nov. 24, in Mt. Pleasant, Ohio 1922 to Ralph Cline Gorsuch and Grace Marie Gorsuch. Madelyn was a graduate of Mt. Pleasant High School, where she was a Drum Majorette and played on the basketball team. She then attended a year long secretarial school before marrying the love of her life, Paul Elmer Thomas in 1941. They were married for 66 years at the time of his passing in 2007. To this union 7 children were born. During the war years, she moved several places with her Army husband, settling in Cleveland, Ohio, after the war. They then moved to Niles, Ohio where they lived for 46 years while raising their 7 children. Being a homemaker, as well as a secretary in later years, she was very active in her church as pianist and President of the Mission program. She was an excellent seamstress and was widely known for her excellent. " chocolate chip cookies"! She also enjoyed collecting antiques and dolls She and her late husband loved to travel and spent one year traveling the country before retiring to Easley, SC.

She was preceded in death by son James, daughter Linda Jamiesion and one son-in-law David Gray.

A graveside service will be held at 2:00 PM on Thursday, December 30, 2021, in Robinson Memorial Gardens. The family will receive friends from 1:00 PM until 1:45 PM prior to service at Robinson Funeral Home - Powdersville Road.