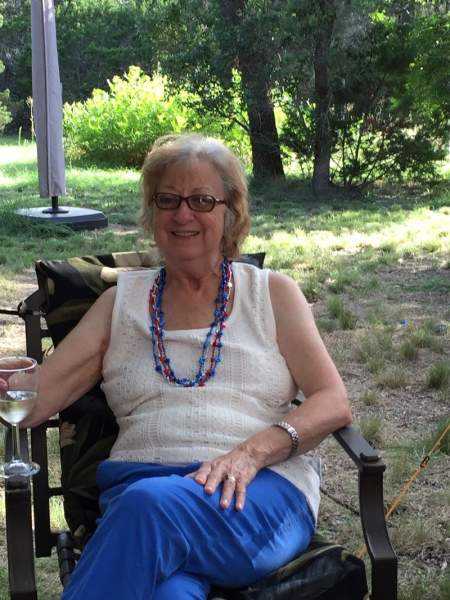 Margaret Ann McCall Coffman of Pickens transcended this life on Tuesday, 31-August, peacefully in her sleep. The wife of Ralph Lee Coffman, Margaret was born 7-January-1940 in Cashiers, North Carolina, to Shearron "Fess" McCall and his wife, Monica (Rochester). The youngest of eleven, she was orphaned at the tender age of two and adopted by her sister, Winnie Lee Nix, and husband, Grover Nix, living in Pickens.

After graduating Pickens High School at the top of her class, Margaret married the late F. Don Durham and raised four children in Germany, Pickens, and Melbourne, Florida (Don, Lee Anne, "Mali" Susan Amalia, and Chris). Later, to pursue her passion for learning and life, she graduated with highest honors from Clemson University with a Bachelor's Degree Accounting. Margaret was a master of many trades beyond accounting. She taught herself general contracting and started her own construction business in Florida, and later served (and retired) as CFO for Trehel Corporation in Seneca, among other positions, much too numerous to list.

Margaret had a talent for sewing, cooking, homewares, and gardening. She could make most anything from even the smallest patch of cloth (wallets, purses, dresses, quilts, etc.), and could knit hats, sweaters, and even purses. In the home, she was known for making her own jellies, pickles, and even catsup - and oh, those Saturday morning biscuits!!!!! She could grow anything in her garden, from squash to asparagus to muscadines to rutabagas.

Margaret married Ralph Coffman in 1996 and they spent the next twenty five years living all across the USA in Pickens, Alaska, and Texas. For three years, she and Ralph travelled the USA in an RV, living in various parks around the country, volunteering at state parks, enjoying the scenery and people.

In Lieu of flowers, the family asks that you honor Margaret's memory via donations to Saint Jude's Children's Research Hospital.

God speed, Mom. We'll see you on the other side one day. -Don, Lee Anne, Ralph, and Chris