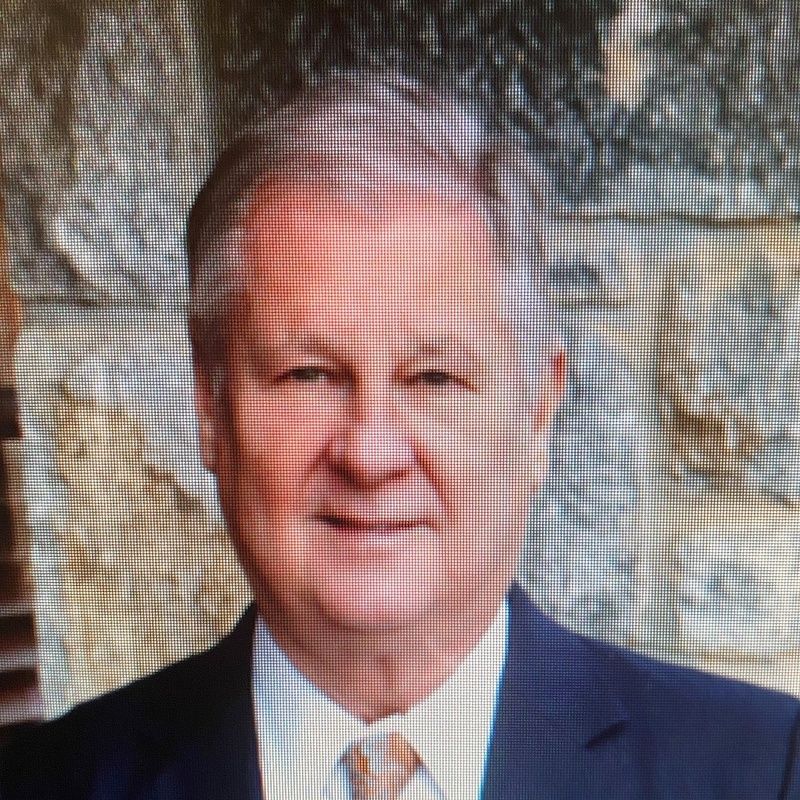 He was born in Dillon County, South Carolina and was the eldest son of the late Marvin and Beatrice "Bea" Butler Carmichael. Marvin grew up on a tobacco farm in the Lake View area of Dillon County. Following his graduation from Dillon High School, Marvin attended Clemson University where he earned
a Bachelor of Science degree in Agricultural Economics in 1971 and a Master's degree in Administration and Supervision in 1976. Marvin began working for Clemson University as a student in 1967 and became a full-time employee of Clemson University in 1971. Marvin was also a graduate of the South
Carolina Executive Institute.

Marvin served as Director of Student Financial Aid at Clemson University for 35 years, where he helped thousands of students attend and graduate from college. He was named Assistant to the President in 2000, concurrently serving as Liaison for the Clemson University Board of Visitors and the President's
Advisory Board. In 2005, Marvin was Appointed Chief of Staff where he held that post until his retirement from Clemson in 2014; a 43-year career of distinguished service.

Marvin was President of the South Carolina Association of Student Financial Aid Administrators (SCASFAA) in 1981-82, President of the Southern Association of Student Financial Aid Administrators (SASFAA) in 1984-85, and National Chair of the National Association of Student Financial Aid Administrators (NASFAA) in 1996-97. He served on numerous boards, including the South Carolina Student Loan Corporation, Greenville Sirrine Scholarship Program, Greenville Urban League, Oconee Economic Development Board, and Anderson Area Chamber of Commerce. Marvin participated in many arenas associated with student aid, serving on committees for the National Collegiate Athletic Association, National Association of State Universities and Land Grant Colleges, College Entrance
Examination Board, and US Department of Education. Marvin was a driving force in shaping financial aid policy at the state and national level for decades, including crafting the legislation for the South Carolina LIFE Scholarship.

Marvin was engaged in community service and participated in many collegiate and civic organizations such as Golden Key, Tiger Brotherhood, Sigma Phi Epsilon, Clemson Fellowship Club, and the Rotary Club of Clemson. He was a volunteer firefighter with the Clemson University Fire Department and a South
Carolina State Constable. He volunteered and served as vice president of Mountain Findings, which supports multiple charities in Highlands, N.C. He was also president of the Apple Mountain Home Owners' Association in Highlands.

A Resolution adopted by the Clemson University Board of Trustees in October 2014 reads in part, "Mr. Carmichael has been a model of professionalism, respect, hard work, dedication, determination and enthusiasm for his family, the University and his colleagues. Now, therefore be it resolved, that the
Clemson University Board of Trustees wishes to extend its sincere appreciation and best wishes for continued success to Marvin G. Carmichael for his friendship, service, dedication and numerous contributions to the continued advancements of the University."

Funeral services will be held at 1:00 pm, Friday, October 29, 2021 at Tillman Hall on the campus of Clemson University.

There will be a reception and a celebration of Marvin's life following the service from 3:00pm - 5:00pm at the Owen Pavilion, 276 Madren Center Lane, Clemson, SC 29631.

Burial will take place at a later date at Woodland Cemetery on the campus of Clemson University.

Flowers will be accepted or memorial contributions may be made to Clemson University Foundation.
Please direct your gift to the Marvin and Felicia Carmichael Scholarship in memory of Marvin Carmichael.
Gifts may be made online at iamatiger.clemson.edu/giving, by phone at (864) 656-5896 or by mail:
Clemson University
Annual Giving Office
110 Daniel Drive
Clemson, SC 29631

*********Parking will be available in the E-3 lot which is accessible from Silas N. Pearman Blvd. (Perimeter Rd). Shuttles will be provided to and from the service in Memorial Auditorium at Tillman Hall. Drivers are encouraged to drop passengers at Tillman Hall and then proceed to the parking area. Golf Carts will be available from where the shuttles drop off the drivers to Tillman Hall Auditorium. It is suggested that you arrive on campus early and drop off passengers no later than 12:30 to allow sufficient time for you to get back to Tillman for the service. Please refer to the University website for a map of E-3 lot***********

PLEASE BE AWARE THAT DUE TO THE COVID-19 PANDEMIC, FACIAL COVERINGS ARE REQUIRED FOR ENTRANCE INTO TILLMAN HALL AUDITORIUM.

ALSO, DUE TO THE EXPECTED CHANGE IN TEMPERATURE FOR YOUR CONVENIENCE HEATERS WILL BE USED FOR THE RECEPTION AT THE OWEN PAVILION
To order memorial trees or send flowers to the family in memory of Marvin G. Carmichael, please visit our flower store.