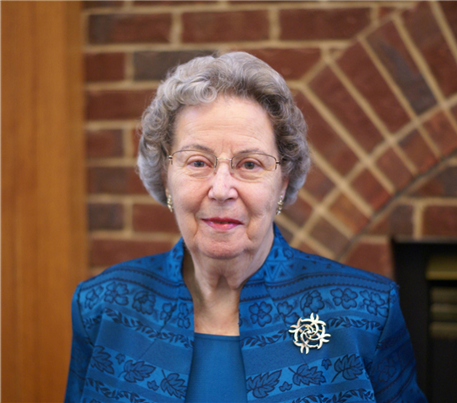 Mary Ellen Radebaugh Layfield of Easley, South Carolina, passed away July 27, 2022.
Born in Newark, Ohio, she was the daughter of the late Earl R. and Grace Palmer Radebaugh.

Mrs. Layfield was educated in Fairmont, West Virginia, and received a Bachelor of Science in Office Administration from Fairmont State College in 1950. She was employed there as a secretary in the Student Affairs Office for several years and later served as a secretary in the branch office of the Owen-Illinois Glass Co. in Rochester, New York.

Mrs. Layfield was preceded in death by her husband, Robert L. Layfield, and two brothers, Carl and Frederick Radebaugh. Surviving are her son and daughter-in-law, James and Kathryn Layfield, and two grandchildren, Matthew and Jessica Layfield, all of Katy, Texas, and four nephews: Charles, Bill, Paul and Louis Radebaugh.

To order memorial trees or send flowers to the family in memory of Mary Ellen Layfield, please visit our flower store.