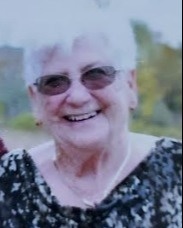 Mary Reid “Pat” Kelly, 91, a forty-year resident of Millerton, NY died peacefully on Monday, September 12, 2022 at Sharon Hospital following a brief illness. Pat worked as a registered nurse at Roosevelt Hospital in New York City from 1953 until her retirement in 1989.

Born February 21, 1931 in South Carolina, she was the daughter of the late Will Rhodes and Lillian (Ramsay) Reid. She was a graduate of Six Mile High School in Six Mile, SC class of 1948 and a graduate of Greenville General Hospital School of Nursing in 1951. Pat also received an Associate’s Degree in Professional Studies from Pace University in New York City. On August 8, 1958 in Greenville, SC she married John W. “Jack” Kelly. Mr. Kelly died in 1994. Pat was a past member of the Millerton Lions Club, a 17 year president of the Thursday Night Golf League at Hotchkiss Golf Course and played golf regularly at Under Mountain Golf Course for over 30 years. She was a longtime member and treasurer of the Millerton Methodist Church and a longtime member of the Lawrence Chapel Church in South Carolina.

Pat is survived by her daughters, Karen Mendelsohn and her husband Paul of Steamboat Springs, CO and Bridget Kelly and her longtime companion Don of Pittsford, NY; her brother, Dickey Reid and his wife Mary of Central, SC; her granddaughter, Krissi Najarian of Naples, FL; two great grandchildren, Jared Helfman and Shannon Helfman of Steamboat Springs; a niece and four nephews and many friends. In addition to her parents and husband, she was predeceased by a sister Janie Louise Entrekin and George Reid.

To order memorial trees or send flowers to the family in memory of Mary Reid "Pat" Kelly, please visit our flower store.