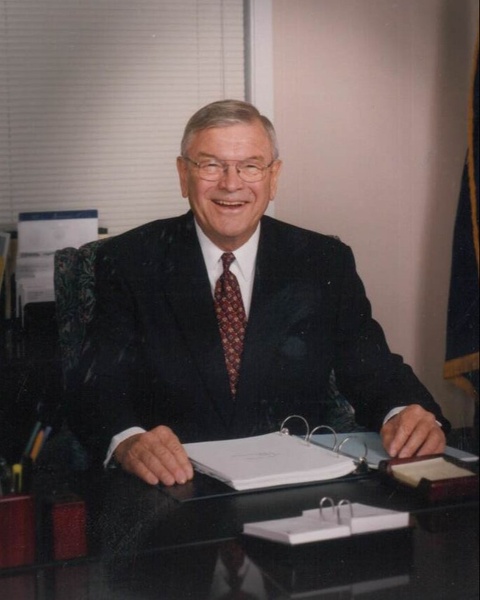 Chris was first elected to the Easley City Council and then elected and sworn in as Mayor of the City of Easley serving 2 terms.  Chris was a member of Easley Presbyterian Church, where he served as Deacon and Elder.

During his lifetime he was a teacher, business owner, athletic coach, and acted and directed in theatrical productions.  But his greatest joy came from being the guy in the big red suit for over 64 years.  He has played Santa for thousands and sat on top of the fire truck for the Easley Christmas parade for years.  Chris always said that the most important thing in life was “Faith, Family and Friends.”

Memorial Service will be at 3:00 PM, Saturday, October 1, 2022 at Easley Presbyterian Church.  The family will host a reception in the church Fellowship Hall immediately following the service.

To order memorial trees or send flowers to the family in memory of M.E. "Chris" Christopherson, please visit our flower store.