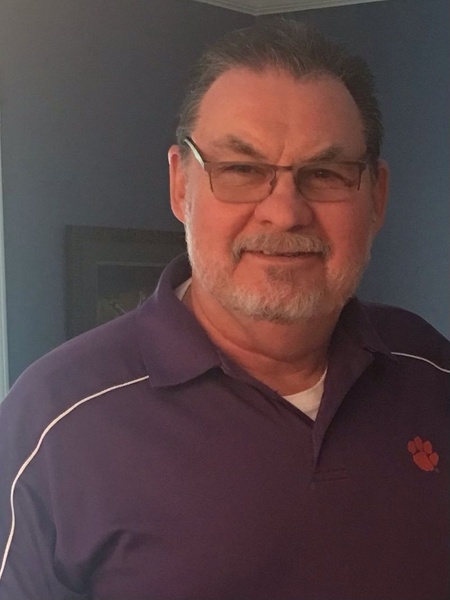 Born in Greenville County, he was a son of the late Ossie C. Finley and Edith Rouda Finley.

Mr. Finley was employed as a semi-truck driver with Bilo Grocery, a job he thoroughly enjoyed. He also enjoyed watching NASCAR, shooting his guns, and cheering on his Clemson Tigers Football Team. Gene attended Tremont Church of God.

The family will receive friends Sunday, September 19, 2021, from 12:00 PM until 1:30 PM at Robinson Funeral Home-Downtown. The funeral service will follow at 2:30 PM at Tremont Church of God. Burial will follow in Robinson Memorial Gardens.

Flowers will be accepted, or memorials may be made to The Lewy Body Dementia Association, 912 Killian Hill Road SW, Suite 202 C, Atlanta, GA 30047 or LBDA.org

The family will be at their respective homes.
Visit RobinsonFuneralHomes.com or Robinson Funeral Home and Crematory-Downtown, Easley.
To order memorial trees or send flowers to the family in memory of Milton Eugene "Gene" Finley, please visit our flower store.