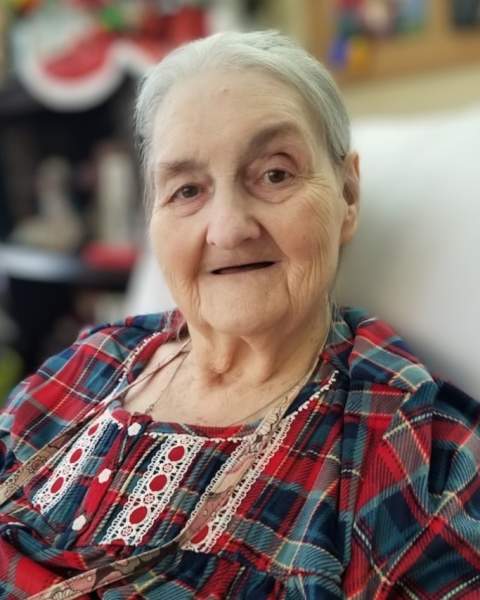 Mrs. Rachel Monroe Sheriff, 86, wife of the late Colonel Iva Sheriff and the late Jesse Bagwell, went to be with her Lord and Savior Sunday, August 21, 2022.

Born in Pickens County, a daughter of the late John Monroe and the late Essie Allen Monroe, Mrs. Sheriff was a homemaker and of the Baptist Faith. She loved singing, traveling to the mountains, and especially loved spending time with her children and grandchildren.

Funeral services will be 11:00 AM Friday, August 26, 2022 in the chapel of Robinson Funeral Home-Downtown with Rev. Chris Swett officiating. Burial will follow in Greenlawn Memorial Park.

The family would like to express their gratitude to Erica Miller for the love and care she has provided for Mrs. Sheriff

To order memorial trees or send flowers to the family in memory of Rachel Delilah Monroe Sheriff, please visit our flower store.